We Are As Ready As We Can Be, Says Odisha FC Coach Baxter Ahead Of ISL Opener 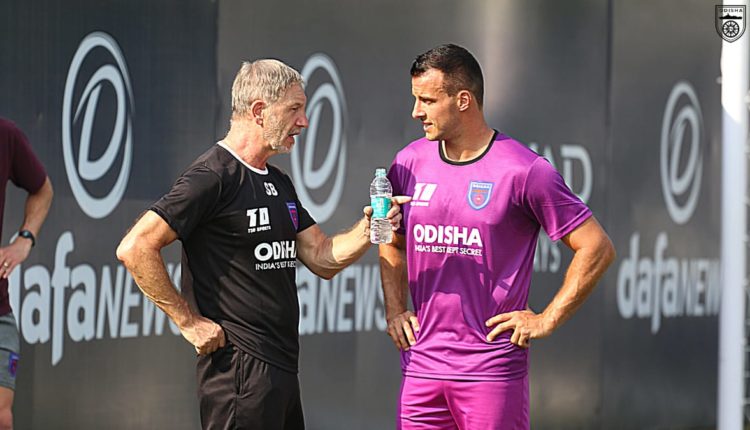 Bhubaneswar: Head coach Stuart Baxter is satisfied with Odisha FC’s preparation as they gear up for their ISL-7 campaign opener against Hyderabad FC on Monday.

The team’s Indian players and members of support staff assembled in Goa – where the entire league is being held in a bio-secure environment due to the COVID-19 pandemic – in the first week of October, before being joined by the foreigners.

“Players have faced the challenge really well. They have worked hard. The coaching staff and the technical staff have done a good job and we have tried to put in place all the things you want to be in place. So, when the kick-off comes, we will be as ready as we can be,” Baxter said at the pre-match press conference on Sunday.

“We all say that winning start is important, we all say that. But then win, lose or a draw we are making a new case for the next game. So, we want points on the board of course. I am really looking for performance. I think the performance is what we should be looking at now and let that lead us to good results.”

Jacob Tratt and Jerry Mawihmingthanga will be unavailable for the first match because of quarantine. “We have a lack of availability through quarantine. Coming straight out of quarantine will be an issue. So we do have challenges on that front. But again, I am probably echoing what most coaches are saying. So, it’s not a case of feeling sorry for yourself it’s a case of finding a solution,” said the 67-year-old British coach.

Captain Steven Taylor hoped that he would be able lead by example and take the pressure off his teammates.

“I have big responsibilities… I think setting standards, the values, making sure that I take the pressure off my teammates and lead by example. When I do that hopefully the teammates will follow,” said the experienced defender.

“I think obviously, working under a lot of managers, you pick out the best bits and you try to bring that to the team as well. Obviously, under Stuart, with the experience that he has got, it’s going to develop my game and improve me as a player. It’s fantastic, especially for the young Indian boys and hopefully, it will benefit them,” explained Taylor.