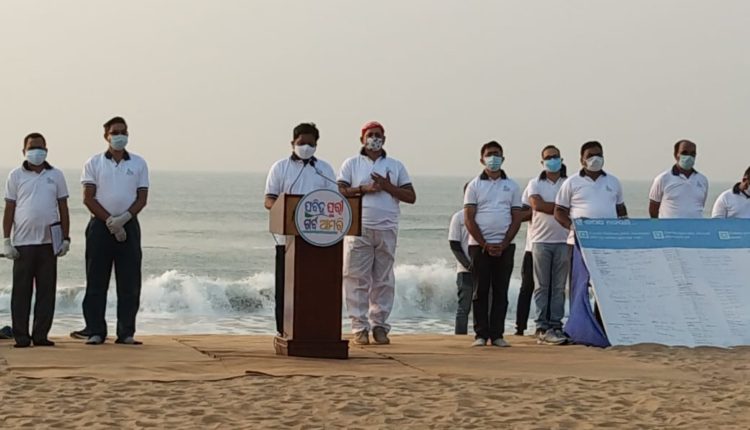 Puri: The week-long sanitation immersion programme ‘Mo Dham Mo Garba’ (My Dham My Pride) ended in Puri on Sunday on a vibrant note.

The campaign was aimed at igniting the pride of Puri and establish “the spirit of purity through collaboration” by organizing various activities which promoted greater mass involvement.

Puri MLA Sarangi extolled the Puri Municipality and Puri District Administration for the initiative. He also extended his “commitment to the initiative and Puri’s cleanliness beyond the week-long programme as a mark of support”.

State minister Pratap Jena called Puri every “Odia’s pride” and highlighted the need of door-to-door waste segregation and collection. He also applauded the swachha karmis, swachha sathis and supervisors in his speech.

Jena also launched Puri Municipality’s Helpline Number for its citizens to register grievances, via phone call or a WhatsApp video.

During the week-long programme, 184 GVPs were cleared, 17.5 km length of bush was cleared, around 2700 cubicmeter amount of garbage was lifted and 30 cubicmeter of plastic waste, mostly single-use, was collected.

Odisha To Experience Two Days Of Rain From Nov 11; Night Gets Colder In Bhubaneswar