What Made IMD DG The Cyclone Man: A Childhood Experience That Became Life’s Mission 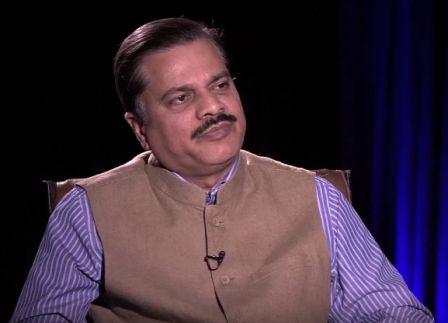 Bhubaneswar: With praise pouring in for Mrutyunjay Mohapatra, Director General of the India Meteorological Department (IMD), from all quarters for his infallible observation on the movement of the Cyclone Amphan, the Cyclone Man of India, as he is affectionately called, has opened up about the circumstances that drove him to accomplish his long-cherished mission.

Hailing from a nondescript village of Bhadrak district, Mohapatra said he was only six-year-old when a devastating cyclone hit the east coast of the country in 1971 and ravaged several coastal villages in Odisha including his village. As thousands of acres of paddy fields were damaged due to the ingress of saline water, his family had to survive with the wheat they were provided as a relief for one year.

“To save the poor people of his village from the devastating cyclone, my father, who was a ward member then, brought them to the pucca houses. Not only my family but also the people of my village had to bear the post-cyclone trauma for about a year. Though I was a child at that time, I made up my mind to do something to save the people from this devastating natural calamity,” Mahapatra said.

After completing his Master’s Degree and PhD in Physics from Utkal University, Mohapatra joined Interim Test Range (ITR), Defence Research and Development Organisation (DRDO), Chandipur in Balasore as Junior Scientific Assistant in Fiber Optic Communication and Data Management in 1988. After serving there for two years, he joined as a lecturer in Physics at Dinakrushna College in Jaleswar. In 1992, he left his job and joined as a Meteorologist Grade-II Trainee at the IMD, Pune. He was later posted in the same rank to the Meteorological Centre, IMD, Bhubaneswar and promoted to Meteorologist Grade I in Weather Forecasting and Cyclone Warning, Climatology, Aviation Meteorology.

In 2004, Mohapatra was promoted to the rank of Director, Weather Forecasting, Climatology, Aviation Meteorology and posted at the Regional Meteorological Centre, IMD, Guwahati. In 2005, he was transferred as posted as Director, Weather forecasting and Cyclone Warning, at National Weather Forecasting Centre (NWFC), IMD in New Delhi. Subsequently, he was elevated as Scientist E, F and G before taking the new assignment as the Director General, Meteorology, IMD on August 1, 2019, for five years.

In recognition of his innovative research, he won the Commendation Certificate during 1989 from DRDO, Ministry of Defence, for significant contribution to Integrated Guided Missile Development Programme; Certificate of Merit for Young Scientist, 2008 by Ministry of Earth Sciences for outstanding contribution in the field of atmospheric science and technology;  25th Biennial Mausam Award (2008-2009) for the research paper, “Daily summer monsoon rainfall over northeast India due to synoptic-scale systems” and Achiever’s Award-2013 by IMD to Cyclone Warning Division on the occasion of Foundation Day, 2014 for excellence in cyclone monitoring, prediction and warning services.