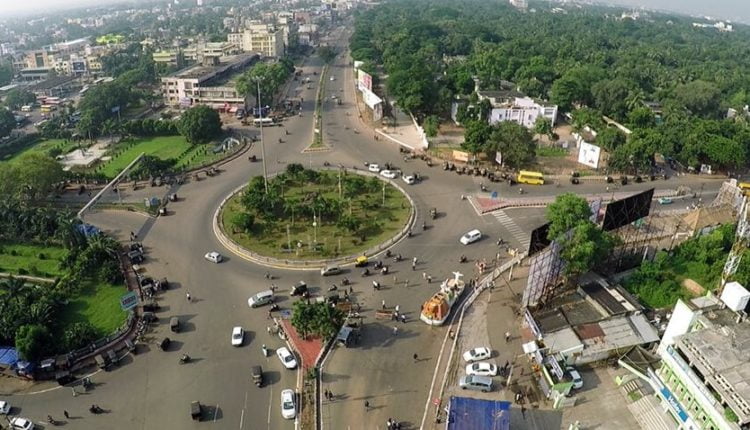 The other day I received a WhatsApp forward of a 1964 video of Arthur C Clarke talking about the city of the future.

After seeing his video, one can but wonder about his vision and how accurate his foresight was!

Though we still have some way to go to meet his predictions of the disappearance of cities, one can think of the so-called Smart Cities and an interim step towards that goal.

The reference to cities of the future also called to mind the concerns raised by a large section of residents of Bhubaneswar regarding the drastic rise in Holding Tax.

While there is complete justification in raising Holding Tax over time, the method of calculation is something that seems to have been overlooked.

In today’s day and age, when we have access to data and the ability to economically process it, there is absolutely no justification on basing the Holding Tax on the cost of land.

This system of basing the tax on land cost leads to a situation where residents of older areas, inhabited mostly by senior citizens, are charged a very high amount, while areas on the outskirts, where there is a huge growth and inhabited by young and upwardly mobile, are charged less.

Paradoxically, the areas with high tax already have most of the infrastructure already developed and consequently need less expenditure by the Municipal Corporation, in contrast to the low tax areas where the Corporation needs to spend huge amounts to develop amenities.

As a resident of Surya Nagar in Bhubaneswar rued, the government has raised the benchmark value of land at Surya Nagar by 7,400% and this has caused a proportionate increase in the Holding Tax, but neither his income nor the services he consumed have increased at this rate.

Which is why, it stands to reason that Holding Tax needs to be calculated on the basis of the services being offered by the Municipal Corporation and the cost of these services. Not only will this be just, it will actually help increase the revenue for the Municipal Corporation as it will lead to an increase in tax payers, who will come forward to pay a reasonable amount.

This brings us to how the funds received by the Municipal Corporations is being spent.

Naturally, these facilities cost money, a lot of it in fact, and residents should therefore pay up without grumbling.

The problem lies in the fact that this is an imposition of a standard suited for developed nations on a country like India, that too in states where a huge section of the population still struggles to make ends meet.

We need to understand that while there may be a segment of the population that will be both willing and able to pay for such luxuries, chances are that they are already residents of gated communities with all these facilities.

For the rest, the order of the day should be austerity and judicious use of funds. While paver blocks are the way to go while laying new roads, replacing a perfectly good tar road with paver blocks may not be justified.

With the continuous reduction of population dependent upon agriculture, rural to urban migration is not something that we can stop, and it is but natural that these new residents will need places to stay and opportunities to earn.

Removing slums from the heart of the cities to the outskirts, without provision of earning options close by will not solve this problem – the land thus cleared will definitely be encroached upon again.

Instead of viewing roadside vendors as illegal encroachers occupying valuable space, it has to be understood that each one of them is a person who has chosen to try and earn a living without resorting to crime. Removing them to low traffic areas is to condemn them to a drastic reduction in business and a definite slide into increased poverty and maybe crime.

It is a matter of huge pride that Bhubaneswar has ranked so high in the list of Indian cities on the Ease of Living Index. However, we need to look at the needs of the majority of the population, as well as our economic ability to ensure inclusive growth and the availability of services and opportunities to the most vulnerable to be an actual Smart City.

Here’s the video the author was referring to: