When Bollywood Actress Swara Bhasker Kept Lying About Her Age! 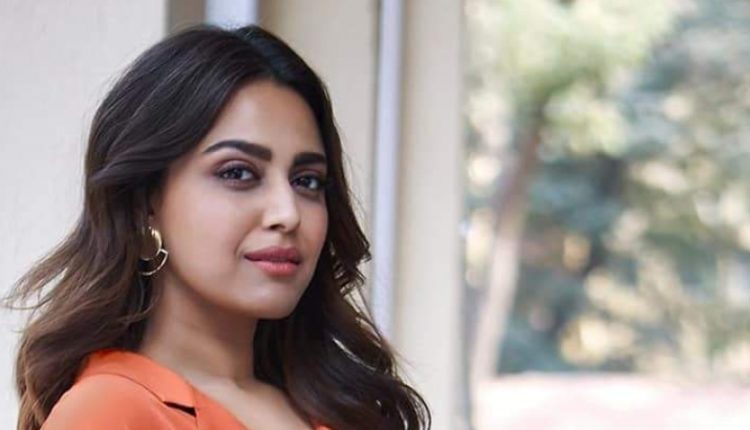 Mumbai: ‘Rasbhari’ actress Swara Bhasker recently confessed that she is quite secretive about her age and has lied several times to hide her real age.

In an interview to Cosmopolitan India, Swara said in the past she kept saying she was 28 years old for four consecutive years and people even believed her.

“As an actress who lies about her age all the time, sometimes I just make up an age that I’m feeling (laughs)… And I tell everyone that I’m going to lie about how old I am. I’m 32, by the way, but I was 28 for the longest time. I was 28 for 4 years and weirdly enough, nobody noticed! But now, people have caught onto my trick,” Swara said.

Sharing an incident from a few years ago, the actress revealed that she had cut a cake that read 25 on her 30th birthday! However, she admitted that she revealed her real age later.

“I remember when I turned 30, I cut a cake that read 25. And then I told everyone about it. People were like, ‘What’s the point of doing this if you’re going to tell everyone about it?! At least lie properly’!” she said.

Swara had two digital releases this year — ‘Rasbhari’ and ‘Flesh’. In Rasbhari, she played the role of a school teacher, while in Flesh she essayed the character of a police officer.

Swara will next be seen in ‘Bhaag Beanie Bhaag’ on Netflix.