When Chaos Is Order: Has Democracy Reached The Dead End? 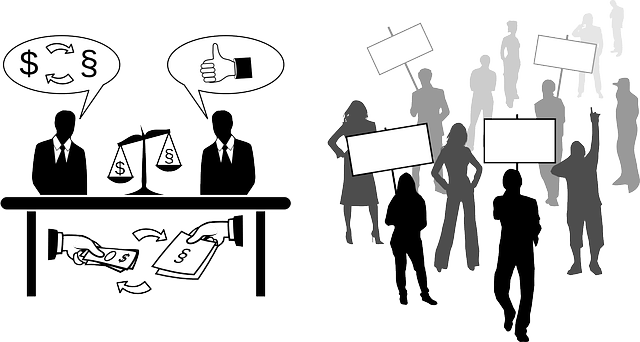 Forbearance, a factor critical to sustainability of democracy, is collapsing across the world. Maybe for good reason. Democracies catered to the interests of a few and demanded too much self-restraint and sacrifice from losers and those perennially on the margins. The systems and institutions supposed to create a fair and equal world were failing the purpose of their existence. The patience of people had been tested enough, their sentiments disregarded too long; the backlash had to happen at some point.

It was in the logic of these developments that new leadership, political and otherwise, would emerge to both articulate and capitalise on the prevailing disenchantment. It is no surprise that we have populist leaders of all denomination at the fore now. As expected, harsh questions are put to defenders and apologists of the old order everywhere. Democracy has gone to masses as theoretically it should, but ironically the trend has put the very idea of democracy in peril. The chances of it slipping into majoritarianism and mob rule are more high than ever before. The signs are visible already, in India and elsewhere.

Ideally, the situation should give birth to a fresh compact between the citizens and the state. Such a compact should address old grievances, minimise the scope for fresh ones and create or rearrange institutions with an aim to maximising their utility. None of this, however, is visible despite the fact it has been sometime the old order was pushed out. To bring in an analogy, if the bus ferrying locals has been prone to breakdowns for sometime, the way out is repair or replacement of the vehicle. What we have so far is commuters still stoning the bus and damaging it more to vent fury, but making no move to get the solution in place. There’s just too much anger going on; the intent to be constructive is amiss.

There’s a change in political leadership but there’s hardly improvement in the quality of politics. It, in fact, appears to have gone worse. The Opposition is clueless about its role and the ruling dispensation is showing clear tendencies to concentrate more power with itself. The more power is dispersed among people, the stronger is democracy. We seem to be moving in the opposite direction. If the justice system had come short of people’s expectation, not much effort has gone to making it more responsive, efficient. If policing was bad, no hope of positive change here either. We have encounter killings virtually getting legitimised and the police force turning into an extension of the political establishment.

In the earlier articles of this series we have discussed how democracy has passed into the hands of the moneyed class. This has led to the unaffluent losing relevance in the electoral and political process. The common man’s role is restricted to casting his vote only. Beyond this he ceases to exist. A coalition of politicians, big money and compromised institutions can easily indulge in acts of self-perpetuation at the cost of the lesser people. It gets worse with the media aligned with the interest of the power elite. This was supposed to change with the arrival of the challenger to the old order.

Have we reached the dead-end? The current trend is only reinforcing what it branded as reprehensible not long ago. In India, the idea of the nation could actually be leaving the country hopelessly divided instead of creating deeper bonding among people; the erosion of mutual tolerance and trust could be leading to an unending spiral of hate-mongering. We notice the vehemence of the latter in the media, social and television media in particular, and in the civil discourse. Big changes result in some chaos, but when chaos becomes the order it becomes worrisome. It is high time for some soul-searching.

The emerging situation provokes some serious questions: Is appealing to the lowest common denominator all the time maintainable in a healthy democracy? Do we need disintegration of independent institutions or their revamp in a meangful manner? Is illiberalism the answer to liberalism? Is lack of democracy the answer to the flaws of democracy? Is mass sentiment a good guide to framing long-term vision for the country?

Of course, most of these questions are largely theoretical, derived from an exaggerated view of the reality. They spring from a hypothetical situation where countries allow free play to forces which need to be controlled for the safety of democracy itself, and which eventually place people and democracy in a versus scenario where one has to be saved from the other. However, the questions are pertinent in view of the future of democracy, which seem to be in a crisis of survival in many countries, including the US, of the world. Loss of forbearance may look enticing from a rebel’s or loser’s perspective, but it is doomed to be counterproductive if taken too far. Chaos has to make way for order. It’s a good bargain for both democracy and people.

[This is part 19 of our series titled Decoding Democracy]

High Turnout In Bypolls To 2 Assembly Seats In Odisha

Fresh Admission In Plus II Streams In Odisha To Fill Up 1.25 Lakh Vacant Seats