EntertainmentBollywood
By OB Bureau On Jul 6, 2020 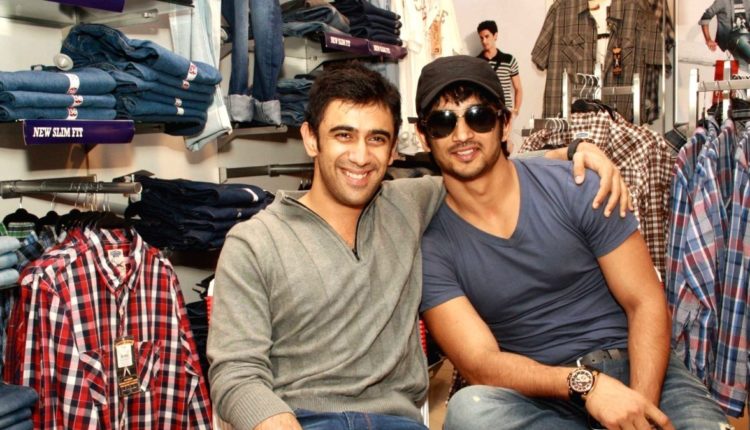 Mumbai: While remembering late Sushant Singh Rajput, his ‘Kai Po Che’ co-star Amit Sadh said that whenever he thinks about the film now, a tear will always fall from his eye.

In an exclusive interview to BollywoodLife, Amit said that he can never forget Sushant and will always miss him.

“Kai Po Che is a very special film to me. Earlier, whenever I used to think of the film, it would make me smile, bring back happy memories. Now, when I’ll think of Kai Po Che, a tear will always fall. I just want to remember my co-actor, Sushant, for the great work that he did, and that will keep him alive in my memory, in my life — he’ll never be forgotten, not for me,” said Amit.

Talking about how people were saying hurtful things to him after Sushant’s demise, Amit said that though anger was building up within him, he chose to remain quiet.

“Yes, there were a lot of people calling and like, really hounding, and to be honest, that was adding more anger, like to think, why are people behaving like this. But, I think, the best thing I’ve learned in life is dignity and keeping quiet and I just maintained that, with a lot of hurt of course, when I saw a lot of people saying hurtful things and stupid things and (pauses).. but that’s how life is you know, and you’ve got to see through all of this. I mean, unfortunately, we have to see through all of this,” he concluded.

Amit and Sushant Singh Rajput shared screen space in the much-appreciated ‘Kai Po Che’ which was released in 2013.

Is Govt Quarantine Mandatory For People Travelling For Work Between Cuttack & Bhubaneswar?