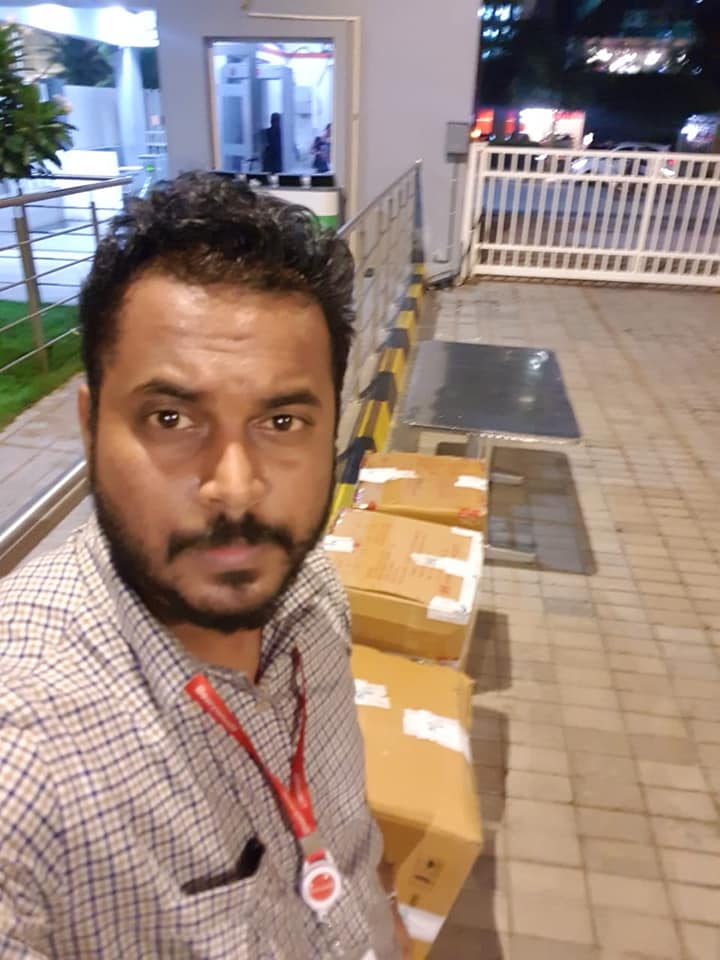 Bhubaneswar: As Odisha grapples to stand on its feet in the aftermath of the devastating cyclone Fani, it is worth saluting those who are going out of their way to arrange donations or assistance to help their state when it needs it the most. Take the case of Jyotirmaya Behera, a mechanical engineer from Bangalore.

He believes that instead of helping financially, it is time to provide basic necessities to those affected in Odisha. So he contacted SEEDs, an Bangalore-based NGO helping Fani victims, to find out what those affected by the calamity need the most at this point of time. Thereafter, he approached his friends and colleagues and collected around Rs 30,000 for relief.

With the collected money he brought sanitary napkins, toothpaste, matches and soap and handed it over to SEEDs, so that they could donate it to the Fani victims. “My father is an army man. He used to help others. I am inspired by him. My parents have been staying in Bhubaneswar. I could not contact them for 4-5 days after Fani made landfall,” said Jyotirmaya. “I have also helped during floods in Kerala and Uttarakhand and the earthquake in Nepal.”

He further said: “One thing I felt is that people do not have much feelings for Odisha. When I approached them for help, some people took it negatively. But my friends and colleagues have helped me.”

Listed below are a few more instances of help that nothing less than commendable.

Gajapati superintendent of police (SP) Sarah Sharma went with a traditional thali to shop and collected donations for the Chief Minister’s Relief Fund (CMRF) and help those affected by cyclone Fani. People praised her a lot for her unique effort.

A group of volunteers from a welfare organisation, Angel’s, had provided packets to around 2,000 people, including students in Cuttack. They were distributing their buttermilk around three days after cyclone.

The organisation helped volunteers, electricians, PWD, NDRF and others who were working day and night to help the city stand on its feet again. They provided butter milk and white caps to the those working on the road in CDA and stadium areas of Cuttack on May 10.

On May 12, members of the organisation had gone to Puri and donated around 2,000 food packets, candles, matchboxes, packing bags etc. They also distributed at Delanga and Kanas area.

FoodFindo network Grace a Meal collaborated with restaurants in the twin cities to distribute ready-made food packets in shelter homes. They also provided refreshments to personnel from NDRF and ODRAF who were working day and night to resume electricity in the twin cities, as well as clear fallen trees from the roads.