When Kali Puja Overcame Religious Divide In Odisha; Know The Other Unique Practices 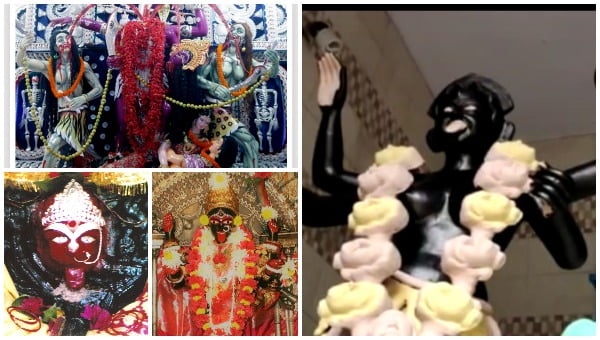 Cuttack: The Millenium City of Odisha is all decked up for Kali Puja, which coincides with Diwali. People have started visiting Kali Temple at Khannagar and lighting diyas even as the festival is being celebrated amid COVID guidelines.

Around 70-odd puja committees in the city are worshipping Kali.

The goddess with a chopped head is worshipped at Bakhrabad. Old-timers say this form of worship was introduced in the 1950s.

At Bidyadharpur, on the outskirts of the city, it is a 500-year-old tradition. What makes it unique are the two idols of the Goddess, Bada Kali and Sana Kali. For the immersion ceremony, the idols are carried in palanquins by the devotees instead of vehicles.

The Kali Puja at Olaver, a village in neighbouring Kendrapada, comes across as a heart-warming example of amity and brotherhood. A 14-day-long celebration is organised here by the committee of Dhakhineswari Kali Temple, comprising Muslims and Hindus of the locality. Sheikh Karamat Ali of Olaver began this Puja as a mark of goodwill and cordiality between Hindus and Muslims of the region when entire India was reeling under communal violence in 1946.

In Keonjhar, locals worship the chained deity at 100-year-old Sidha Kali Temple situated at Sidhamatha on the base of ‘Chulia Hill’ within the range of Gandhamardan hill. Legend has it that a saint tied Maa with a chain so that she could not venture out. Some say, she was chained to protect the people from her anger. Many devotees still fear to enter the temple to offer puja and pray to the deity through a window, which remains open all the time.

During Kali Puja, ‘Yagnya’ and ‘Chandi Patha’ are done throughout the day.

Tense Diwali For Team India: How Can They Qualify For T20 World Cup Semifinals?