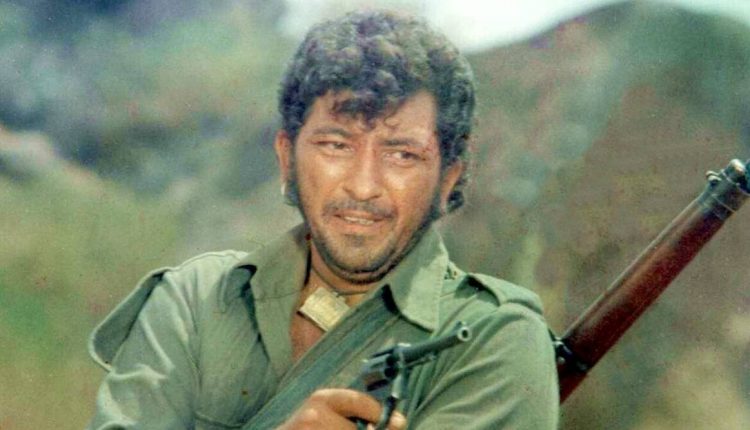 Mumbai: Amjad Khan was a feared villain on screen. His portrayal of Gabbar Singh in his Bollywood debut film Sholay will remain etched in every filmlover’s mind forever.

But he was a kind man with a large heart who lent money to film producers whenever they sought but didn’t ask for it to be returned.

And when Amjad died of heart attack at the relatively young age of 51, he owed producers Rs 1.25 crore.

His eldest son Shadaab Khan, an actor, revealed that a few months after Amjad passed away, a gangster from the Middle East offered them money, but Amjad’s widow Shaila Khan ‘flatly refused’.

“My father had a habit of helping people and letting go of a lot of money. Producers came home and told him sob stories, promising him the keys of their homes. He saw through them but didn’t care about the money. He had even kept his money with friends and not banks,” Shadaab told The Times of India.

“When he passed away, producers owed him Rs 1 crore 25 lakh. But nobody came forward to pay up. Only a handful of those who had taken loans from him returned it… Imagine how much money we lost that was ours!” said Shadaab, who has a younger sister and brother.

“About four months after my dad passed away, a gangster from the Middle East called and wanted to speak to my mother. He told her that he had heard from unconfirmed sources that the industry owed her husband Rs 1 crore 25 lakh; he further said that he would give her that amount in 3 days because her husband was a good man. My mother flatly refused, saying that her husband never took favours from the underworld,” Shadaab revealed.

He praised his mother Shaila Khan for putting the “lives of Seemab and my sister Ahlam back on track. If she hadn’t been strong at that time, we would have been on the streets.”

In a career spanning 20 years, Amjad worked in 132 films. Apart from Sholay, he received appreciation for his performances in Muqaddar Ka Sikandar, Shatranj Ke Khiladi, Mr Natwarlal, Qurbani, Yaarana and Chameli Ki Shaadi, among others.

Will Spectators Be Allowed For T20I At Cuttack’s Barabati? OCA Optimistic