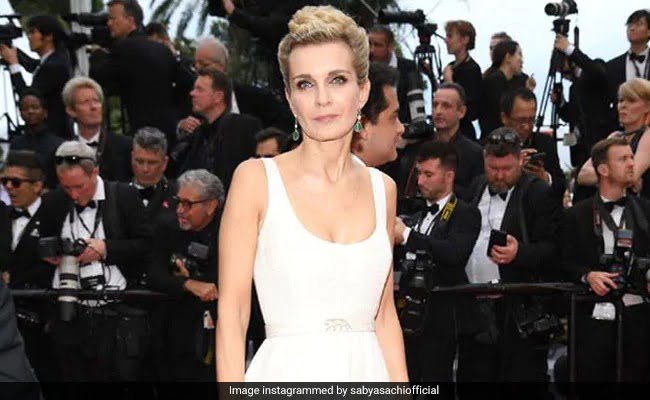 French actress-filmmaker Melita Toscan du Plantier, co-producer of Cannes award-winning films such as Masaan and In The Fade, walked the red carpet on the opening day of the 72nd edition of the Cannes film festival in a pristine Sabyasachi gown, reports NDTV.

He assigned photo credit to film critic and interviewer Anupama Chopra, who offered a detailed introduction of Melita Toscan. “Melita, who among other things, is the director of the Marrakech Film Festival and co-producer of award-winning films like Masaan and In The Fade talked to me about her 30-year journey. She rose from being a hostess distributing magazines to a producer with a film in the main competition! She’s inspiring and always formidably elegant!”

Toscan’s elegant look was styled with a signature Royal Bengal Tiger Sabyasachi belt in white. She added a touch of elegant green with emerald drop earrings and a matching clutch.

MG Hector Revealed Ahead Of Launch

Actor Sabyasachi Sets Up Control Room At Home To Help…