Who I Am Most Grateful To & Why 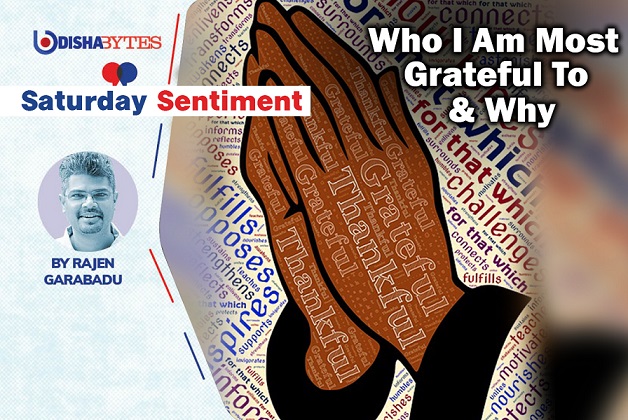 Who are you most grateful to?

You may have a long or short gratitude list. But there will be someone who tops the list — who you are eternally and infinitely grateful to.

For me, it is Dr Rustom P Soonawala.

Initially it felt like God sent him to help me and my wife Gargi. And then I figured, God had a much larger plan. To serve humanity.

An internet search will reveal numerous instances of how the good doctor has spread happiness. But it won’t have mine. Till I post this.

Gargi and I were married in Nov 2005. For a few years, we did not plan a child. I wanted to make sure we are financially fine before we bring in a new member in the family. I did not want a scenario where we could not meet our child’s requirements.

When that moment came, a few years had passed. It seemed to be ill-timed. We tried unsuccessfully for a couple of years. Before we sought expert medical opinions.

Over the next 2-3 years, we consulted prominent gynecologists in Delhi and nearby satellite cities.

We gave each doctor at least six months, if not more. Nothing worked.

Every doctor we consulted asked us to undergo tests. Some prescribed medications. When medicines didn’t work, a few suggested artificial fertility treatments to help my wife get pregnant.

Intrauterine Insemination (IUI) was one of them. It increases a patient’s chances of pregnancy by ensuring insemination at the time of ovulation.

If IUI did not work, we were advised to go in for In Vitro Fertilisation (IVF) — a treatment in which a female patient’s eggs are surgically removed from the ovaries and fertilised in a laboratory, with sperm from a male partner or sperm donor, to create embryos. Then, the resulting embryo(s) are transferred back to the uterus in the hope of achieving pregnancy.

We were told this procedure allows doctors to bypass the fallopian tubes, and it’s a good choice for patients with blocked, damaged, or absent fallopian tubes. We were assured not to worry as IVF requires just one sperm cell for each egg, allowing for successful fertilisation even in the most severe cases of male infertility.

A doctor referred by a family friend suggested a laparoscopy to take corrective measures if any issues are found during the procedure. The idea of opening up my wife’s uterus just for inspection and corrective action (if required) — undergoing a few days of hospitalisation and recovering a couple of weeks later — didn’t seem right.

But we were desperate by now.

My wife decided she would go for it on the same weekend. A date was fixed.

I mentioned it to Meenakshi, a dear friend, who asked me to wait for a day. A couple of hours later, she called back to refer a Mumbai based doctor who visits Delhi twice a month.

“I know you’ve already consulted half a dozen doctors, if not more. Just take one more opinion before you go in for laparoscopy,” Meenakshi advised.

Co-incidentally, Dr Soonawala was visiting Delhi the same week. But his appointment calendar was full. I requested the executive in charge of appointments in the hospital to accommodate us. He promised to try and prepared us to wait in the queue for a few hours at the least. As is the norm with most walk-in consultations without a prior appointment.

We readily agreed. It was a Thursday. Our turn came sooner than we expected. We were ushered into a large room. Dr Soonawala, 83 years old then, smiled and asked us to take a seat. He heard us patiently and started taking notes. Though he had a younger doctor assisting him, Dr Soonawala preferred to jot down his observations and prescription by himself.

When he was ready to give his medical opinion, once again he smiled at us. And said, “there is nothing wrong with either of you. I am going to just change one medicine. And you need to try during a specific period which I will mention in my prescription.”

“What about laparoscopy,” I asked him? He told me to relax. “Not required, I think,’’ he said.

Gargi and I were relieved. Dr Soonawala wished us good luck and advised us not to stress. “It should happen,” he said.

We left his cabin with a smile on our face. My sister Babita who was waiting outside was equally relieved to see our expression when we exited his room. She had told us when we entered the hospital she was very hopeful.

The very next month, my wife conceived. We were ecstatic and eternally grateful. To God, Dr Soonawala. And Meenakshi.

A few weeks after my wife conceived, Dr Soonawala suggested we shift to a doctor in our neighborhood, who could be available at short notice. In his case, it was not possible as he lived in Mumbai.

We asked him if he could refer someone. I can’t remember if he did or someone else, but we chose Dr Tripat Chaudhary. She’s an extremely cool doctor who put us at ease right from our first meeting. Our interactions have always been fun and memorable.

Two weeks before the baby was due, I woke up at 5 am to find my wife pacing up and down. She felt as if her water broke. She texted Dr Tripat who called a few minutes later to check how Gargi felt. In less than half a minute, she confirmed what we had guessed. She asked us to reach the hospital and tell them to prepare for delivery. And get the hospital to call her once ready.

Just over six hours later, our daughter was born under normal conditions. She had arrived a fortnight before she was expected. At 1.88 kilograms, she was frail. We asked Dr Tripat if there was anything to worry about. ‘’Chill, she will be fine, just ensure she is well fed”, the doctor said.

Our bundle of joy meant ‘everything’ to us. So, we named her SARA.

Today, Sara turns 10. I am grateful for a bunch of things. But most grateful for her entry into my life. Each day, I tell her how much I love her. And then I ask her why. She smiles and replies “because I am your one and only.” We go through this ritual every day in our life. I am not sure about her but I love and look forward to our daily chat.

Had Dr Soonawala not entered our life, my wife would have gone for a laparoscopy. And who knows, maybe an IVF, if the former procedure had not worked.

Meeting Dr Soonawala, I became even more convinced of something I value much in life — EXPERIENCE. He had over 60 years of professional experience by the time my wife and I consulted him for the first time. It took him barely a few minutes to tell us everything is fine and it should happen.

At least six doctors, if not more — all well-known names in Delhi NCR who have a long queue of patients outside their door — had engaged with us far longer and were unable to diagnose the problem.

Dr Soonawala was right. There was no problem. “Why look for a problem when there isn’t, he later told me.

Experience is invaluable. I can’t repeat it enough.