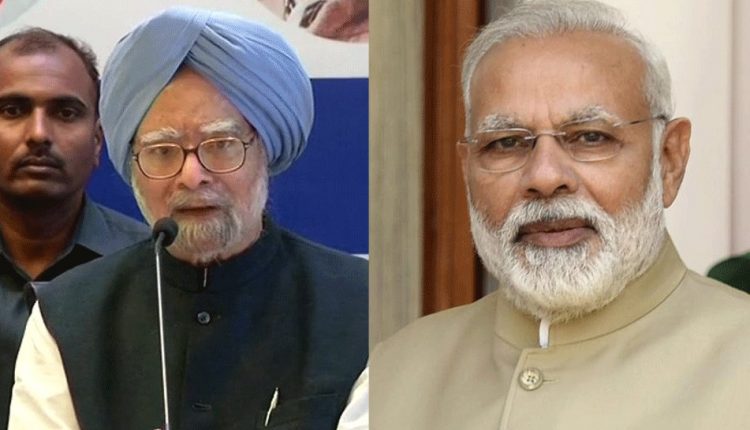 New Delhi: BJP and Congress got engaged in an exercise of one-upmanship on Thursday.

After Prime Minister Narendra Modi tweeted a photo on board Air India One en route to the US, with a caption on working on a long flight, Congress was not to be left behind.

“Some photographs are harder to copy. Former PM, Dr. Manmohan Singh addressing Press Conferences on board Air India One,” read the caption with the pictures.

Some photographs are harder to copy.

The picture Modi had posted showed him going through files before reaching Washington. The PM’s packed three-day schedule includes attending a Quad meeting and addressing the UN General Assembly.

A long flight also means opportunities to go through papers and some file work. pic.twitter.com/nYoSjO6gIB

“Always in the service of the country without stopping, tirelessly,” Union Railway minister Ashwini Vaishnaw wrote in response, using #SevaSamarpan.

Congress leaders, not wanting Modi and BJP to hog the limelight, got into the act with the Late Lal Bahadur Shastri’s grandfather sharing image of the ex-Prime Minister going through files on a plane.

It led to a flood of images — including that of another ex-Prime Minister Narasimha Rao — and memes being exchanged by the rival parties and their supporters.