Who Should Play Sridevi’s Role If ‘Naagin’ Is Remade? Asks Rakhi Sawant 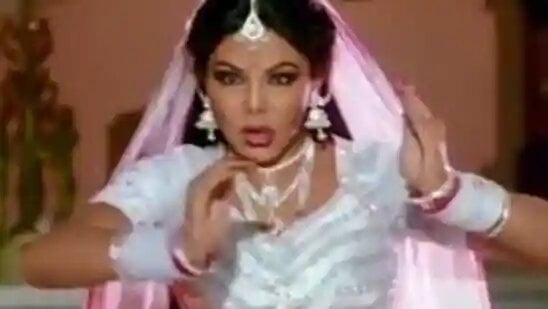 Here is Rakhi Sawant in Sridevi’s avatar. The Bigg Boss 14 finalist shared a deepfake video of herself as the late actor Sridevi, in the film ‘Naagin’. In her Instagram post Rakhi wrote that she was a big fan of Sridevi and asked her followers who should play the role if a remake were to be made.

She wrote, “I love #sridevi Ji one of my fav film is #Naagin if remade who should they cast – see and put ur choices in comment.” The video showed Rakhi’s face digitally inserted into scenes from Naagin.

“Rubinav ko dasne wali hai ye (She’ll bit Rubinav),” one person wrote in the comments, making a reference to her Bigg Boss 14 co-contestants Rubina Dilaik and Abhinav Shukla. Rakhi and the couple didn’t get along on the show. Others commented that Rakhi looked good in the role herself.

Rakhi walked away with Rs 14 lakh in the Bigg Boss finale, choosing to take the money rather than compete for the top prize. She said that she needed it for her mother’s cancer treatment, Hindustan Times reported.

Now Get Odisha Exclusive Items At Culture Corridor In Bhubaneswar