Why Are Netizens Slamming Teaser Of Akshay Kumar’s ‘Prithviraj’? 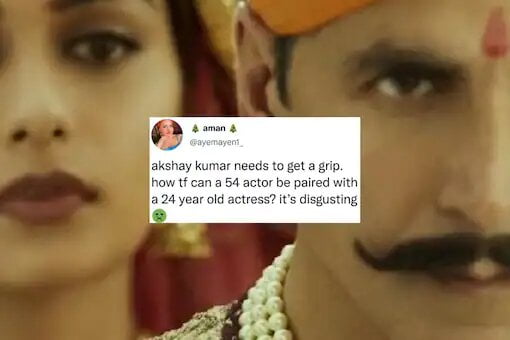 New Delhi: It has always happened in Bollywood. The heroes are nonagenarians and they still get roles with female leads half their age. It has happened before e.g. Rajesh Khanna and Tina Munim, Dev Anand and Tina Munim. It is happening even now.

Now, the official teaser of Akshay Kumar’s ‘Prithviraj’ has caught the attention of netizens. They were quick to question how and why 54-year-old Kumar was sharing the frame with 24-year-old Manushi Chhillar.

A fearless warrior. An epic love story. Witness the grand saga of Samrat #Prithviraj Chauhan. Celebrate #Prithviraj with #YRF50 only at a big screen near you on 21st January ’22. pic.twitter.com/KdngngmT78

Here are some of the comments: