Why Has Ayushmann Khurrana Started A Physical Transformation? 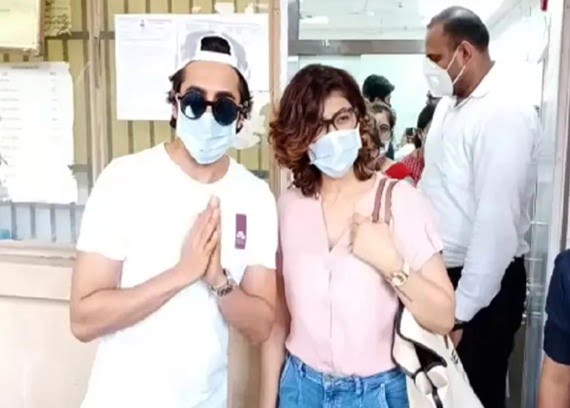 New Delhi: Having played varied roles all of which translated into hit films, Ayushmann Khurrana is now all set to play a cross-functional athlete in his next.

He is gearing up for the Abhishek Kapoor directorial and has started undergoing a physical transformation, The New Indian Express (TNIE) reported quoting ANI.

Khurrana put up a screenshot of him discussing his training schedule with his trainer Rakesh Udiyar on Instagram.

He captioned this screenshot “Here we go,” and added a powerlifting emoji, and also tagged the film director Abhishek Kapoor, the report added.

“It is now certain that Ayushmann is hiding his look. He is purposely being elusive on social media because he doesn’t want anyone to get a glimpse of his transformation before he starts shooting. Since he plays a cross-functional athlete for the first time, Ayushmann will have to change his body type completely and that first look is definitely a big visual for everyone to catch hold off,” TNIE reported quoting a trade source.

“Ayushmann can really protect his transformation because he is in Chandigarh and we think he intends to do just that till the first look is released by him. By the way, he is being elusive, it seems like it will be a look to watch out for. Abhishek and Ayushmann have definitely planned a big surprise for audiences,” the source added.

The film will see Khurrana and Vaani Kapoor sharing the screen space for the first time. It will go on the floors in October this year and will hit the theatres in 2021, the report added.