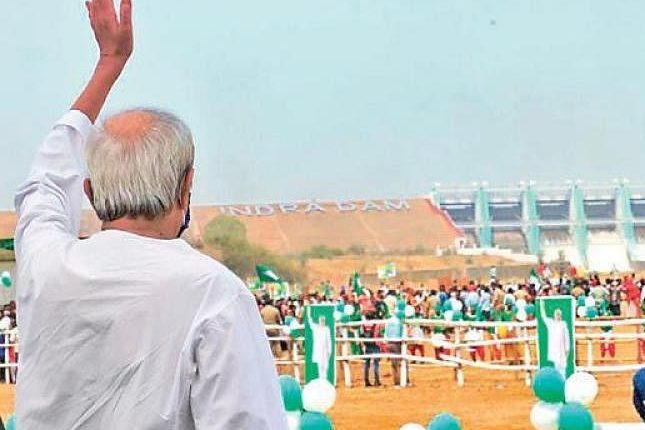 Bhubaneswar: The Pipili verdict could mark a new phase for the Biju Janata Dal (BJD) as the regional party dared to subtly change its narrative for the maiden time in its nearly 24 years of existence.

That the BJD comfortably triumphed by a margin of nearly 21,000 votes in the byelection, necessitated by the death of its strongman Pradeep Maharathy about a year ago, is no reason to set it apart from previous polls and bypolls which the Naveen Patnaik-headed party had won. In fact, the party has made winning such a habit during the past two decades that the results at times are foregone conclusions, leaving poll watchers with little anticipation and excitement.

However, what makes Pipili very different is the fact that Naveen stayed away from campaigning in the run-up to the September 30 bypoll. Technically speaking, he addressed a virtual meeting on April 12 but the byelection, originally slated on April 17, was countermanded due to the death of Congress candidate Ajit Mangaraj. After two more postponements, the new bypoll dates were finally announced on September 4 and electioneering got underway. Naveen personally chose, or maybe was asked by his advisors, to stay away from the campaigning scene. He neither visited Pipili – and instead left for New Delhi – nor addressed a virtual meeting to woo the Pipili electorate.

For the record, Naveen, who had skipped the three-tier panchayat polls in 2017, for the first time avoided canvassing for votes in an assembly byelection. In the Balasore and Tirtol bypolls held in November 2020, Naveen had given video messages to the electors. Which is why, the Pipili victory in a significant way changes the BJD poll script.

Naveen, who will turn 75 on October 16, not campaigning sends very important messages not only for the party but also for the government:

One, the party has the organisational muscle and wherewithal to fight and win elections even in the absence of its president from the poll picture.

Two, the party is looking at a situation when it need not burden its biggest star to seek votes, especially in polls of lesser significance than the general and assembly elections, but use his image and popularity to do the trick.

Three, the party has started grooming its second rung and youth leaders to take it forward and the process of transition has seemingly begun.

Four, Naveen has allowed his trusted aides to run the organisation at the ground level so that he could avoid taking  unnecessary strain. This raises the possibility of him not campaigning at all or not campaigning actively in the upcoming panchayat and municipal elections scheduled next year.

Five, Naveen taking less pressure (he has not been attending his office at Lok Seva Bhavan here since March 2020 when COVID pandemic hit Odisha and also gave the recent Monsoon Session of state Assembly a miss) means his highly-centralised governance model in which bureaucrats, instead of ministers, call the shots will possibly continue.

Six, and most importantly, Naveen wants to move into the role of a statesman and hence rise above the humdrum of routine and mundane affairs. His recent public events in Balangir district, where elected representatives of the BJP and the Congress shared the dais with him even when the countdown for the Pipili byelection had started serves as an indicator of the kind of message Odisha’s longest-serving Chief Minister wants to send out.