Why ‘Winter on Fire: Ukraine’s Fight for Freedom’ Is A Must Watch 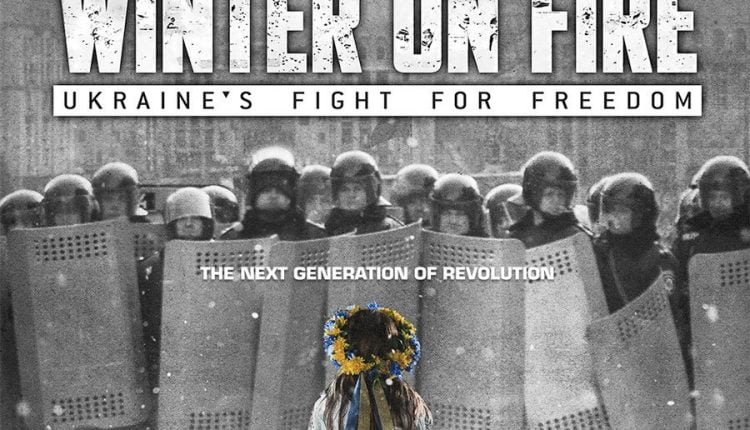 New Delhi: If you are surprised by the grit and determination being shown by the Ukranians in fighting the Russian offensive, watch the Oscar-winning ‘Winter on Fire: Ukraine’s Fight for Freedom’ on Netflix.

It gives an insight into the psyche of the Ukranian people and why they will not give up fighting for their motherland till the last drop of their blood. Produced in 2015 by Evgeny Afineevsky, it uses actual footage of a 3-month long, difficult and united revolution of the Ukrainian people against an unpopular near- autocratic decision by President Viktor Yanukovych to join up with Russia.

It also explains why the Ukranians are so attached to their country. Having got their freedom at such a heavy cost barely eight years ago, they are not going to let go off it so easily.

Seeking their voice in determining their future, this documentary captures events as they happened during non-violent protests and the voices of participants to show that united people can overturn military and political dominance.

The footage of the dramatic three months from late 2013 to early 2014 in Kiev’s Maidan Square makes for a bone-chilling account of 93 days’ of bloodbath, tear gas, iron batons, beatings, intimidation and bullets by the police ‘Berkut’ amid heavy snowfall.

Ukrainian president Viktor Yanukovych, a man supported by Russian president Vladimir Putin, went against public opinion, to not join NATO, and turn Eastwards towards Russia instead.

A Facebook asked people to come to Maidan Square, also known as Independence Square, to protest against Yanukovych’s move.

From a few hundred, the numbers swelled to thousands to stand up against an autocratic insensitive president, uniting under a common goal that he must leave.

The documentary goes on to show real footage of violent attacks on unarmed civilians interspersed with interviews with protestors. It shows how people of all faiths, Christians, Muslims, Orthodox Christians, and Buddhists took blows and bullets. Doctors and nurses, ex-army men, turned up to build makeshift barricades and medical centres.

What is overwhelming throughout the documentary is the power of unity among the people. It concludes with Yanukovych fleeing Ukraine and given asylum in Russia.

What we are seeing today is this very power of unity of the Ukranian people.

Jogger Spots Weird-Looking Creature On Sydney Street; Is It An Alien?

Villager Rescues Pangolin, Hands It Over To Forest Staff In Odisha’s Sonepur