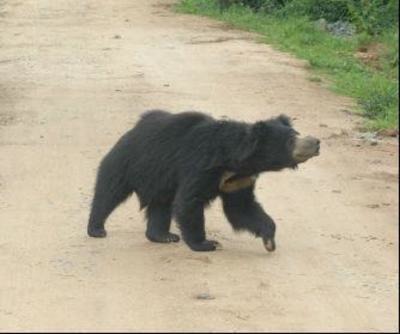 Keonjhar: Panic spread in a school in the district as a wild bear entered the premises and attacked three persons on Sunday.

According to sources, while a teacher was taking a class in Naranpur Upper Primary School, the bear went inside the room and attacked him. As the panicked students started screaming and ran out of the classroom, the villagers rushed to the school.

While the villagers tried to drive the animal out with sticks and other things, it attacked two of them. The three injured persons were rushed to Keonjhar district headquarters hospital.

Later, the bear went away to nearby forest. However, the wild animal was not injured in the incident, the sources said. The Forest officials had not reached the village till the report was filed.