Will Bhubaneswar Be Grounded In Air India’s Rejig Plans? 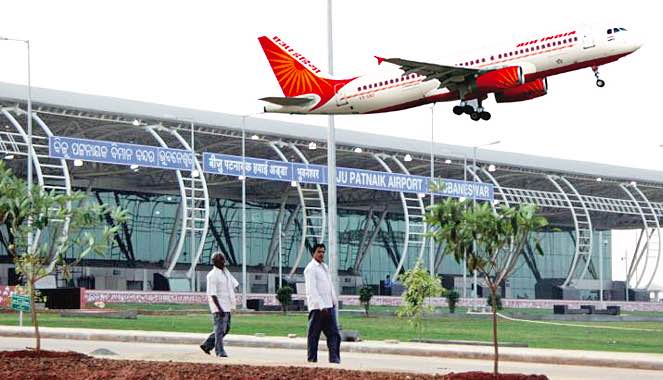 Bhubaneswar: Passengers booking tickets on Air India for Delhi or Mumbai from Odisha capital after February 12 are being greeted with a sold-out message on the website of the flag carrier airline, raising apprehensions about its plans.

Reports suggest the Tata Sons-owned airline has stopped booking from February 13 onwards and might be considering suspending flight services from Bhubaneswar. “Since Air India’s takeover, Tata group is trying to reorganise different sectors, including Bhubaneswar, keeping in view the presence of Vistara and Air Asia in which it also has stakes,” a source told Odisha Bytes.

Air India operates two flights from Bhubaneswar to Delhi and one to Mumbai while one is routed to Bengaluru via Delhi. Vistara runs two Bhubaneswar-Delhi flights and as many between Bhubaneswar and Mumbai. Air Asia operates 41 flights every week from Delhi, Mumbai, Bengaluru, Kolkata, Hyderabad and Chennai to Bhubaneswar.

Notably, Air India, AirAsia India, Vistara and Air India Express are under the umbrella of Tata Sons, the holding company of Tata group companies. It has been working on an airline consolidation strategy to save costs, and build synergies by optimising aircraft utilisation and routes to take on IndiGo with a market share of 58%.

Air India currently has a domestic market share of 10% and has announced to increase it by over 30% in the next 5 years.

There is no official version yet of Air India’s plans for the Bhubaneswar sector. Sources said that at times, technical issues crop up during changes in winter and summer schedules but this time around there could be more to it than what meets the eye.