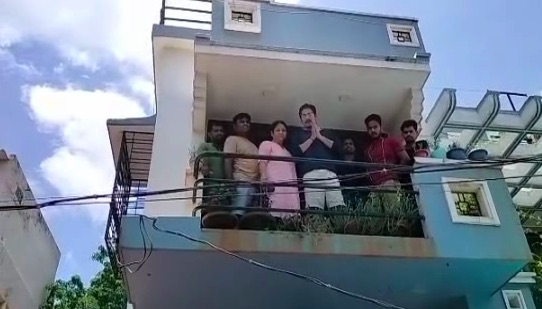 Bhubaneswar: It’s Ollywood star Babushaan’s birthday today and the actor plans to celebrate it with his parents, wife Trupti Satapathy and his son.

Briefly speaking to fans and reporters, waiting outside his residence in Odisha’s capital for hours, on Friday night, Babushaan said he plans to celebrate his birthday with his parents, wife and son.

“If my wife doesn’t come here, I will go to her (in-laws’) house to celebrate the occasion with her,” he said.

On the purported audio clip between him and actress Prakruti Mishra that has gone viral, Babushaan told his fans and reporters to listen to it and find out for themselves its authenticity.

Babushaan is in news after his wife assaulted him and Prakruti on the streets of Bhubaneswar recently accusing Prakruti of being in a relationship with the actor and destroying her marital life.