Will Naveen Blow Poll Bugle At Meet With BJD MLAs At Kalinga Stadium In Bhubaneswar On Aug 28? 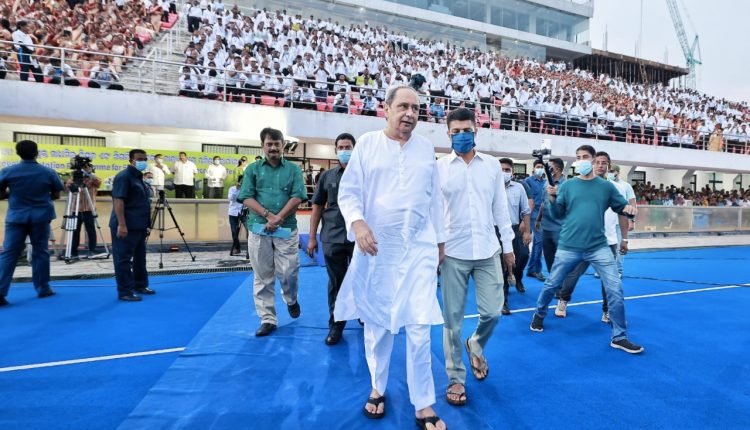 Bhubaneswar: In what could be seen as spadework in the run-up to Assembly elections in Odisha in 2024, Chief Minister and BJD President Naveen Patnaik has convened a meeting of his party MLAs in Bhubaneswar on August 28.

At the meeting, scheduled to be held at Kalinga Stadium, Naveen has asked the MLAs to make presentations on implementation of welfare schemes, their progress and status. The legislators’ involvement in the progress of their constituencies, connect with the voters and people’s support for the party will be discussed at the meeting, sources indicated.

Though officially it will be an interaction between the BJD President and party MLAs, party insiders feel it could have a bearing on the fate of certain leaders in the next elections. Naveen has sought first-hand information about the grassroots organisation from the legislators.

Coming as it does within three months of the ministry reshuffle, the meeting could be used by the party bosses as a stock taking exercise with an eye on the Assembly polls. Though BJD performed exceptionally well in the panchayat and urban elections in the state earlier this year, Naveen & Co. seemingly wants to plug the loopholes, if any, in the party apparatus, especially when the BJP and the Congress are attempting to set their houses in order.

In recent weeks, the BJP has appointed a new general secretary in-charge for Odisha Sunil Bansal and leader of opposition Jayanarayan Mishra. Similarly, the Congress has appointed Sarat Patnaik as the state president.

At the meeting, Naveen is expected to ask the lawmakers to strengthen the party base and highlight the achievements of the government including its 5T initiatives.