Will Odisha CM Hand Over Charge To A Woman In 2024: Gopalpur MLA’s Challenge To Naveen 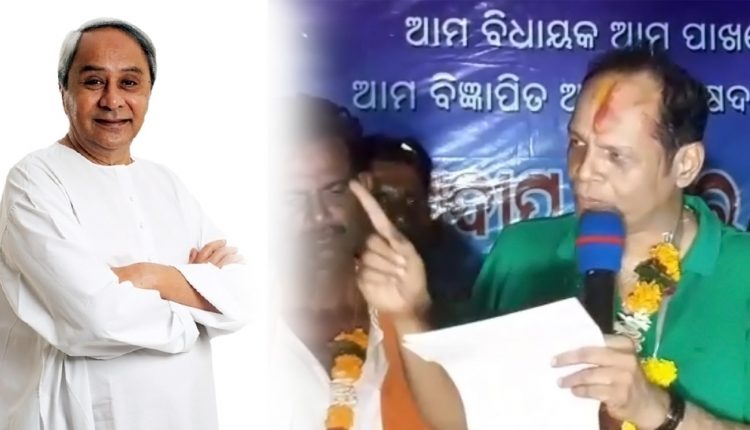 Gopalpur: Virtually throwing a challenge to Odisha Chief Minister Naveen Patnaik, former BJD leader and Gopalpur legislator Pradeep Panigrahi has asked if he will hand over reins of governance to a woman in 2024 to prove his commitment towards women’s empowerment.

Panigrahi, who has been holding a series of public meetings, rallies and padyatras in his Assembly constituency in Naveen’s home district of Ganjam, said the step taken by the Chief Minister in increasing the representation of women in panchayat raj institutions from 33 to 50 per cent was commendable.

“Legendary Biju Patnaik had taken measures for reservation of 33 per cent seats for women in panchayat raj bodies and Naveen Patnaik enhanced this quota to 50 per cent. We thank him for the good job. He is a popular CM who wants development of women,” the lawmaker said at a public meeting in Gopalpur on Tuesday evening.

Noting that the next elections are due in 2024, Panigrahi sought to know whether the Chief Minister would be ready to hand over charge to an able woman for heading the government.

“If this happens, people will believe that he (Naveen) has true love and affection for women,” he said, adding it will show the Chief Minister is keen to ensure proper empowerment of women.

Panigrahi’s poser to Naveen has created ripples in political circles, even as the legislator, who has been expelled from the ruling Biju Janata Dal (BJD), vowed to launch an agitation to highlight the problems being faced by the people of his constituency.

While people of Gopalpur appear to be getting attracted towards Panigrahi’s programmes, BJD has also stepped up its efforts to mobilise large crowds for its padyatra for a show of strength in the district.