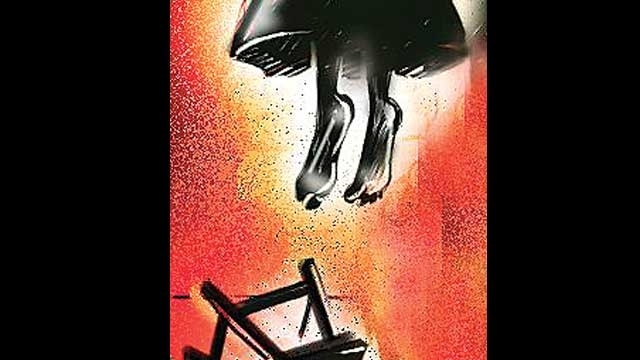 Why do people commit suicide? What clues, signs or symptoms do we miss to understand the motive behind a suicide? We easily apprehend a standard answer and comprehend the same in two ways viz; there must be several factor(s) or there may be only one factor that drives an individual to take his own life.

It should be noted here that the act of committing suicide is not an extensive plan, rather it is more impulsive in nature.
The capital city has witnessed a dozen suicide cases in the last few days. Youngsters committing suicide one after another is terribly alarming.

Across the globe, some common thoughts, events,life situations; ranging from issues like failure in love, financial loss, stigma, discrimination, seclusion, hopelessness, abuse of (any nature), broken family structure, negligence, war or rape
are triggers for a suicide, and the capital city of Odisha is not an exception.

It is worth mentioning that Odisha is the second state with the highest number of suicides among students in 2020. About 1469 young students committed suicide in Odisha in 202 (as suggested by NCRB). Moreover, one of the reports of the Department of Home, Odisha reveals that “around 91 per cent suicides in the state in the last two years were
committed either by poisoning or hanging. Of the total 11,139 suicides in 2020 and 2021, 5,285 cases are related to hanging, while 4,855 are caused by poisoning. The remaining cases are linked to drowning, burning, being run over by train etc. Besides, 208 suicides are related to dowry”.

Mental health experts are of the opinion that  family, friends, teachers and peer group play a more
instrumental and greater role in solving most of the mental health-related issues.

Why are mental health issues not considered an ‘illness’ in general? Most of us either tease a person or just ignore the symptoms. That is where the problem lies. Like other organs of the body, the mind also has some ailments. Notwithstanding the causes of the disease, we easily end up with our judgements by terming someone ‘introvert’, ‘mad’, ‘insolvent’ etc. In most instances, an individual fails to cope with stress. As a result, he suffers
sleeplessness, anxiety and insecurity. Though we don’t have any standard mechanism for stress
management, cognitive behaviour therapy or counselling both work wonders here.

Communication gap or inability to express also creates an anomic condition in most suicide cases. A person feels he might be judged, shamed or stigmatised if he shares his heart. He fears that after listening to him, society may isolate him. Precisely, we human beings lack the confidence or trust to share our concerns. Hence, an individual should always be given space and should always be heard of with utmost care. Most suicide cases can be reduced easily by just talking
to the people who are seeking mental health support.

In Odisha, we don’t have any certified mechanism or preventive measures to deal with the burgeoning
cases of suicides. The medical college at Cuttack has one centre called Mental Health Institute and has
a toll-free number as well but it does not function round-the-clock.

The need of the hour for the capital or any city of Odisha is to have a 24.7, toll-free lifeline number (with the assistance of a trained counsellor) to cater to people with suicidal tendencies. First, attempts should be made to understand the signs of suicide and subsequently the same should be addressed at the earliest.

What do our dreams tell us? Definitely to fly high and to aspire for new heights. We also consider dreams a burden because of societal pressure. In some cases, it is the fear of self-esteem that kills people. Sometimes, they do not feel like killing themselves but they generally don’t know how to balance between ‘dream’ and’ ‘disaster’.

It’s now high time for all of us to acknowledge the fact that suicide attempts are “not a cry for attention rather most of them are a cry for help”.