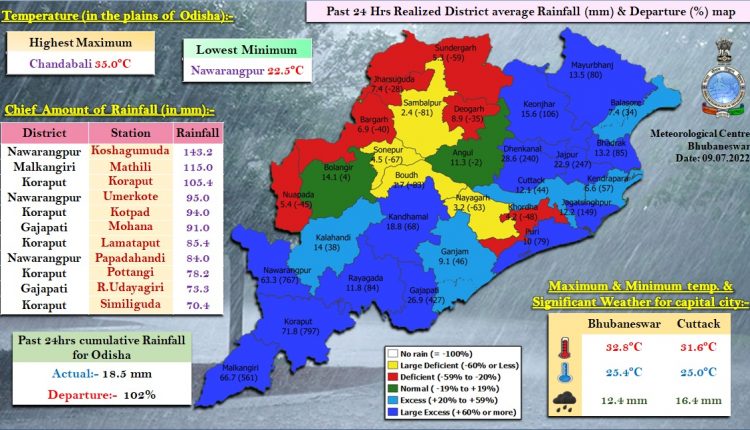 Bhubaneswar: As many as 13 districts of Odisha received more than ‘excess’ rainfall with Koshagumuda in Nabarangpur district registering highest 143.2 mm rain in the last 24 hours.

The regional centre of India Meteorological Department (IMD) in its realised weather bulletin mentioned that Koshagumuda was followed by Mathili in Malkangiri with 115 mm rainfall, Koraput 105.4 mm and Umerkote in Nabarangpur with 95 mm. The cumulative rainfall in the state was 18.5 mm.

The IMD said a low pressure area has formed over Odisha and its neighbourhood under the influence of the cyclonic circulation over northwest and adjoining westcentral Bay of Bengal off south Odisha ­and north Andhra Pradesh coasts.