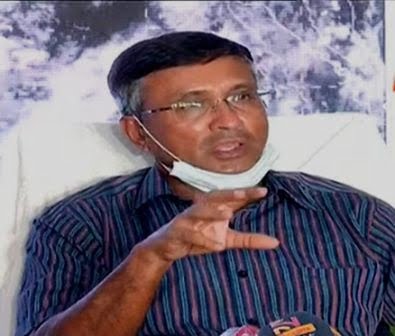 Bhubaneswar: Chief Advisor to Chief Minister and Chairman of Western Odisha Development Council ( WODC) Asit Tripathy on Thursday directed the officials of Boudh and Sonepur to identify and promote the local entrepreneurs in potential sectors of success.

Tripathy gave the direction while reviewing the progress of various developmental projects of the two districts in the collectorate conference hall of Boudh. He asked the local officers to identify the youths with entrepreneurial talent and handhold them to start their ventures.

“Boudh district has promising and proven potential for horticulture, fishery, handloom, handicraft poultry, rice bran oil, layer farms and vegetable processing units. The local entrepreneurs could be linked with bulk purchasers and online marketing platforms to sell their products at profitable rate. WODC funds would be used for creating the deficit infrastructure in maintaining the supply chain in these sectors,” Tripathy said.

It was revealed during the review that 1616 projects worth Rs 81.31 crore have been sanctioned for Boudh district under WODC fund so far. While 1458 projects have been completed, 158 projects are in various phases of implementation. Around Rs 77 crore have been invested in construction of these projects.

Similarly, 1985 projects worth around Rs 100 crore have been sanctioned from WODC funds for Sonepur districts. As of now, 1505 projects have been completed with investment of around Rs 84 crore and the rest 480 projects are in different phases of implementation.

Tripathy also inspected the arrangements done for visit of tourists to the district museum at Boudh and expressed his satisfaction. He directed the collector and museum officers to further develop the museum in coordination with INTACH and State Museum.