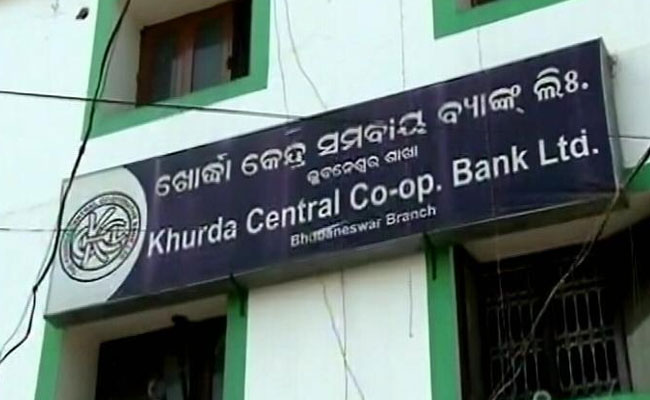 Khurda: A woman employee of a cooperative bank in Odisha’s Khurda town allegedly attempted to commit suicide on the bank premises over her transfer order on Saturday.

According to reports, the woman employee, Rajashree Bharati came to women’s branch of the Khurda Central Cooperative Bank in Khurda in the morning and went to meet CEO Banashree Mallick. Rajashree wanted the CEO to cancel her transfer order to Balakati.

After the CEO expressed her helplessness in this regard, Rajashree sat on a dharna in front of her chamber for nearly two hours. On being informed, a team from Khurda Town police station arrived at the bank. The police and other bank employees tried to convince Rajashree to withdraw dharna.

But an infuriated Rajashree cut her wrist with a blade. She was rushed to district headquarters hospital. Following treatment, she was taken to Khurda police station for questioning.

Speaking to the media, Rajashree said, “I was transferred from Bhubaneswar to Khurda one and a half months back. Now, the bank has transferred me again to Balakati. While some bank employees are continuing in one place for several years, I am being targeted by higher authorities.”

She also alleged that former DGM and other employees were mentally torturing her. One employee was even sending unpleasant messages to her 15-year-old daughter for which she has filed a police complaint, she added.

Branch manager of the bank Sanjay Patnaik said when Rajashree approached him to cancel the transfer order, he expressed his inability and told her to meet the CEO.

The CEO said when Rajashree came to meet her, she advised her to join her new place of posting at Balakati. “Since the transfer order cannot be revoked in a day or two, I told her to join the bank’s branch at Balakati. Whenever there would be a vacancy in Bhubaneswar, I would recommend her name for the posting. But she threatened to commit suicide.”

Congress Unveils BJP ‘Chargesheet’ With Eye On Elections; Check Out The Charges