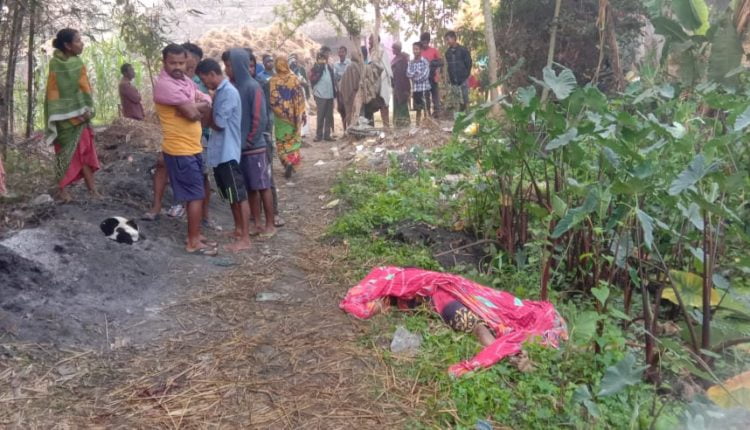 Bhadrak: The body of a woman with her throat slit open was found near Nuapokhari village under Bhadaripokhari police limits in Bhadrak district on Tuesday morning.

The deceased, identified as Radharani Mohanty, had come to her husband Narayan Mohanty’s house only on Monday night from her paternal house. However, the villagers found the body of Radharani in the morning and informed the police.

Preliminary investigation revealed that the deceased was staying in her paternal house for the last six years with her 4-year-old daughter.

Police have sent the body for post mortem and launched a manhunt to nab the absconding husband.