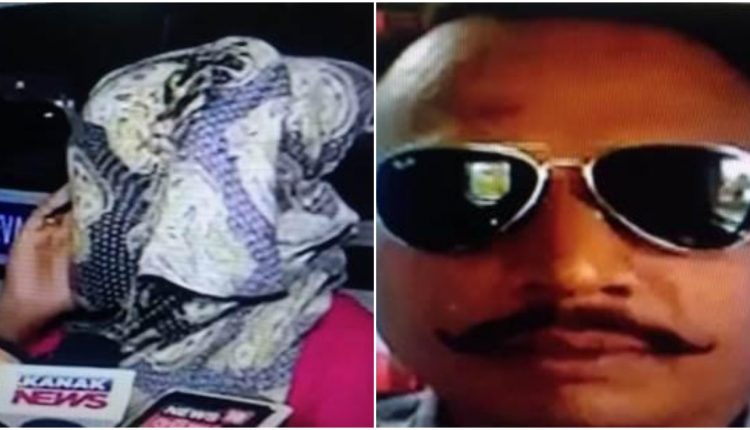 Puri: The police on Monday detained a constable on the charge of raping a woman along with his accomplices inside a government quarter here. The incident came to light in the evening after the victim lodged a complaint at the Kumbharapada Police Station.

Talking to the media, the victim said she was on way to her house at Kakatpur from Bhubaneswar on a bus. “After the bus stopped at the bus stand in Nimapara, I went to a nearby hotel to have some food when the bus suddenly left. As I was waiting for another bus to Kakatpur, a man came to me and identified himself as a constable showing his identity card and Aaadhar card and said he would give me a lift to Kakatpur. As he was a policeman, I trusted him and got inside the car and found three men sitting inside.

While on the way, the cop and the three men tied me with a rope and turned the vehicle towards Puri. Later, they took me inside a house where two men raped me while the other two left the house locking the door behind. I managed to get away from the house as the cop and his associate could not hold me since they were dead drunk. I tried to open the front door of the house but found it locked from outside. Fortunately, some passers-by heard me shout and came to my rescue,” she said.

Asked whether she would be able to identify the house where she was taken, the victim said it is somewhere near the railway station.

Talking to mediapersons, Puri SP Uma Shankar Das said that the accused detained for interrogation is Jitendra Kumar Sethi, a former constable who has been dismissed from service a year ago.

The SP said that on the basis of the statement of the accused, police have identified the house, a government quarter in Police Colony near Jhadeswari Temple.

“We have formed two special teams. While one team is on the lookout of the three accused, another team is presently interrogating the constable. We will arrest the three accused very soon,” the SP added.

Till reports last came in, the police had taken the victim and the accused cop to the District Headquarters Hospital for a medical examination.