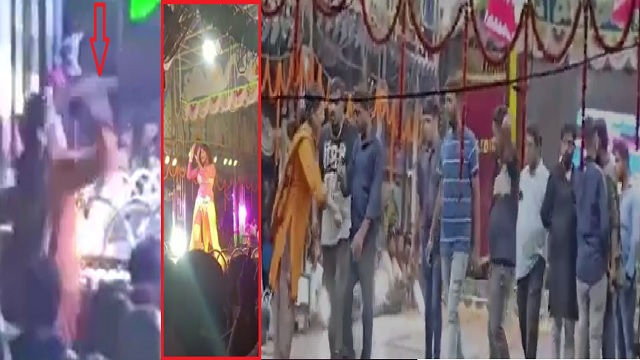 Bhadrak: A woman hurled shoes and abused an artist during a Jatra show at Charampa in Odisha’s Bhadrak on Thursday night.

According to sources, the woman protested the manner in which the on-stage dance  was presented claiming that it amounted to vulgarism and obscenity.

The protestor ascended the stage and entered into a heated argument with the organisers. The show had to be halted for some time and resumed after she was pacified.

However, the entire video of the incident has come to the fore and created a stir.

Giving a clarification about the incident, dancer Rani Priyadarshini said that she did not do anything that amounted to vulgarism. “I was just engrossed in my dance performance,” she said.

India At UN Meet: Use Of New Technologies For Terror Activities A Challenge