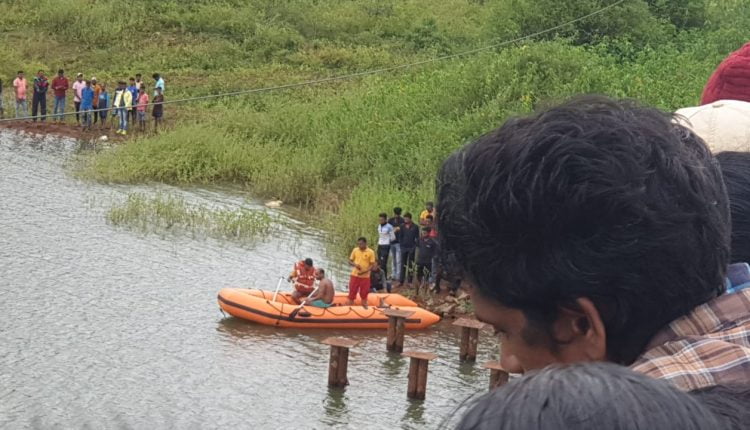 Malkangiri: A woman allegedly committed suicide by jumping into Jolaput reservoir following an argument with her husband over a trifle on Friday.

According to sources, Padma Khara (30) and her Husband Purna Khar of Kukuda Pakshi village were returning to their house from Pujhariguda after performing Dusshera puja on Friday evening when the incident is reported to have occurred. The couple had gone to a relative’s house at Pujhariguda walking and had an argument on their way back home. The argument upset the wife who jumped into water from the Jolapur bridge, it is learnt.

The exact reason for the conflict between the couple is yet to be ascertained, said sub-divisional police officer Sanjay Mohapatra.

On receipt of information, Fire Services personnel were pressed into service to trace the missing woman. Searches were underway while the report was being filed.