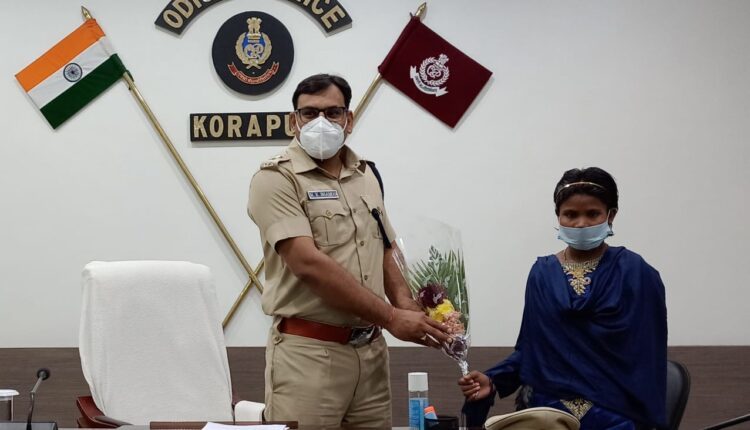 As per a release by the police, at the time of surrender she was working as member of protection team of most-wanted Maoist leader Akkiraju Haragopal @ RK of AOBSZC Central Committee Member organisation.

Daughter of Sukra Madkami of Kurub village under Kalimela police limits in Odisha’s Malkangiri district, she was inducted into the organisation in 2013.

Her surrender comes amidst the PLGA Week being observed by the red rebels from Wednesday, in Malkangiri district.

During the PLGA Week, which is likely to continue till December 8, the Maoists organise meetings in villages with an aim to lure the rural youth.