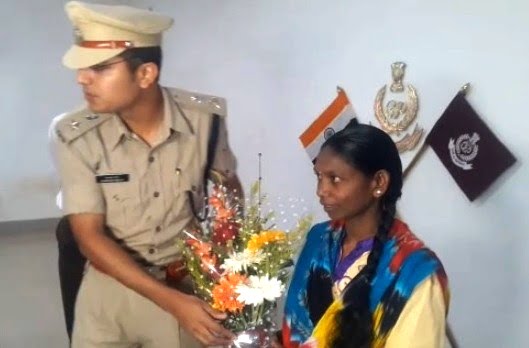 According to sources, Shanti had been a member of Gumma area committee of the CPI (Maoist) since 2012 and was carrying a cash reward of Rs 4 lakh on her head.

She had joined the Kalimela Dalam of the banned outfit in 2008 and was involved in 17 incidents of Maoist violence, the police said.

Talking to mediapersons, Malkangiri SP Jagmohan Meena said, “Shanti will be provided monetary assistance in accordance with the surrender and rehabilitation policy of the state government. She will also get financial assistance for a house, pursuing studies, and getting training in a trade or vocation of her liking.”

The SP further said Shanti decided to quit the outfit after Gurupriya bridge brought development to the area. “Establishment of Jantapayi camp in the cut-off area had also pushed the ultras to the wall. She also abhorred cadre Sudheer, who was a womaniser and involved in brutal killing of civilians,” he added.