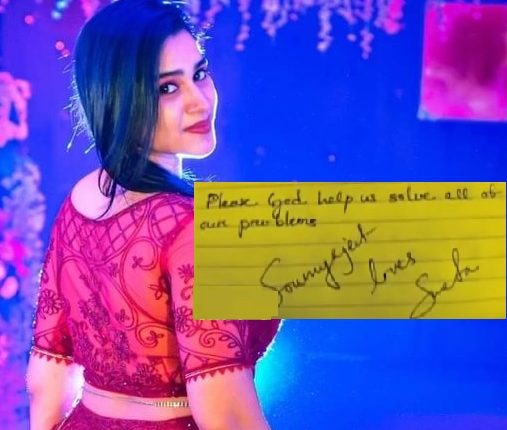 According to sources, they have shared the details of Sweta’s four friends, who knew about her relationship with Soumyajeet.

“We have provided phone numbers of Sweta’s bosom friends. All the details will be revealed about their relationship once her four friends are interrogated. The truth will come out if the inquiry is done properly. We have complete faith in police,” said Sweta’s parents. They also showed a few messages sent by Sweta to Soumyajeet.

Sweta’s brother said that DCP has assured them that they would get justice.

Sweta’s father Sushant Kumar said that Soumyajeet along with his parents had come to Chandrasekharpur police station on Sunday when they filed a complaint against him. “They went to the police station after we had left. Soumyajeet had been torturing my daughter mentally, physically and financially to such an extent that she was forced to commit suicide. He should be arrested without any delay,” he added.

Meanwhile, police have reportedly recorded the statement of Sweta’s friends and they are said to have revealed some startling information about their relationship. “For the last six months, Sweta and Soumyajeet were not on good terms. He had started avoiding her following his admission to XIMB. Sweta was well aware of the fact that Soumyajeet had betrayed three girls before falling in love with her. She, therefore, insisted that they get married if he wanted to continue the relationship,” said one of her friends Pritish Nayak told a local news channel.

“Sweta’s parents had visited Soumyajeet’s house in Sambalpur where the latter’s informed that he had taken a study loan to pursue MBA and asked them (Sweta’s parents) for the repayment,”she said.

Her friend further said that she knew about Sweta’s intimate pictures saved on Soumyajieet’s phone. “Sweta had once expressed apprehensions about it. She was very loyal and honest. During COVID, she tended Soumyajeet like a mother,” she added.

Some pages from Sweta’s personal diary sized from her apartment have also revealed more about their relationship. “Our relationship is getting stronger than before. Soumyajeet has accepted me as his wife. God, please help us solve all our problems. Soumyajeet loves Sweta.” she purportedly wrote. 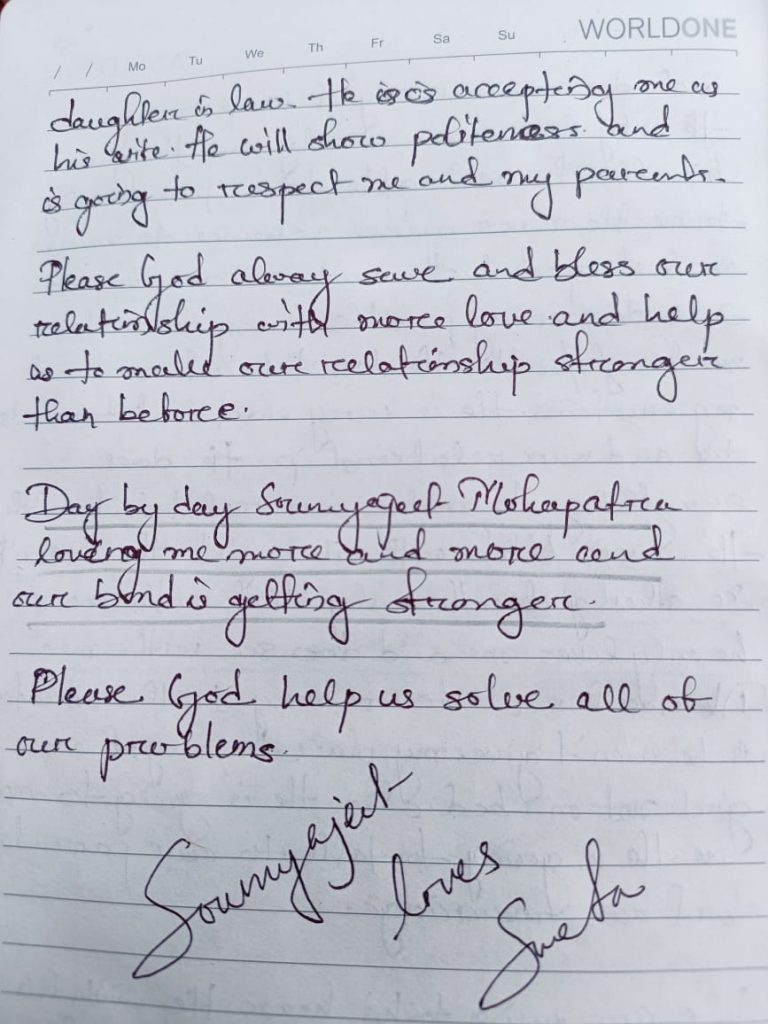 Sweta, a software engineer, was found hanging in a rented house. She was working as Technology Analyst with Infosys here for the past one year. The family members of the deceased alleged that she took the extreme step after being blackmailed by her boyfriend. They also claimed that Soumyajeet’s family had demanded Rs 30 lakh when they met them for their wedding.