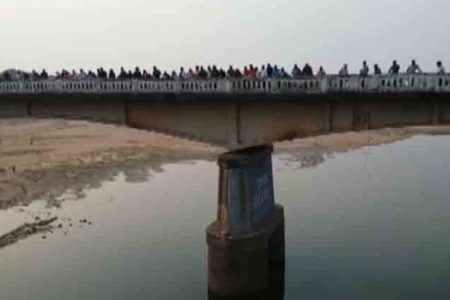 Bhubaneswar: The Commissionerate Police on Wednesday foiled a suicide attempt by a woman by jumping into the Kuakhai river, on the outskirts of the Odisha capital.

According to sources, some passers-by spotted the woman and caught hold of her as she was trying to jump into the river.

On being informed, police rushed to the spot and tried to restrain the woman. After an hour-long effort, she was rescued and handed over to her family members.

The details of the incident were not immediately known.