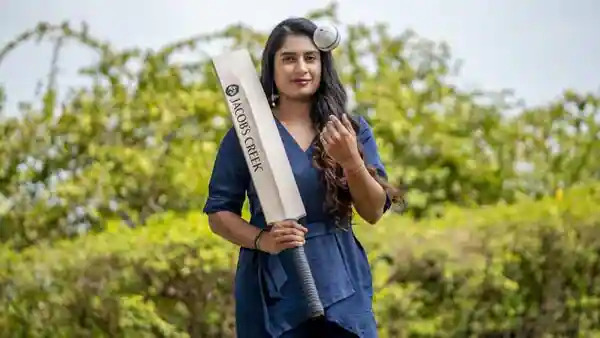 In a stellar career lasting 23 years, Mithali made her debut in 1999 and played her last game in India colours in the ICC Women’s World Cup earlier this year.

“Thank you for all your love & support over the years! I look forward to my 2nd innings with your blessing and support,” Mithali tweeted along with a statement in which she says that she would love stay involved and contribute to the growth of women’s cricket in India and the world over.

Thank you for all your love & support over the years!
I look forward to my 2nd innings with your blessing and support. pic.twitter.com/OkPUICcU4u

Dubbed as the Sachin Tendulkar of women’s cricket for her longevity in international cricket and the plethora of records she set, the 39-year-old Mithali played 232 women’s ODIs, 89 T20 Internationals and 12 Test matches, in which she scored 7805, 2364 and 699 runs, respectively.

Arguably the greatest women’s cricketer in India, the only regret Mithali may have is not winning the women’s World Cup. She played two World Cup finals, but unfortunately finished on the losing side in both.

Here are the records that Mithali set during her illustrious career:

Most capped ODI player – She made her Team India debut at the age of 16 against Ireland in 1999 and scored a century. She ended with 232 matches under her belt, after becoming the first female cricketer to play 200 ODIs. Fellow-Indian Jhulan Goswami is second on the list with 201 matches, followed by England’s Charlotte Edwards (192).

Most runs in ODIs – Mithali is the highest run-scorer in women’s ODIs by a mile and more. The only cricketer to top 6,000 runs, Mithali finished with a tally of 7,805 at an average of 50.68. She scored 7 centuries and 64 half-centuries. Next on the list is Charlotte Edwards, who retired six years ago with 5,992 runs under her belt.

Six World Cups — Mithali is the only female cricketer in the world to have played in six World Cups – a la Sachin Tendulkar. She led the women in blue to 2 World Cup finals – in 2005 and 2017 – only to finish runners-up in both. They lost to Australia by 98 runs in the 2005 final at Centurion, South Africa, and by an agonizing 9 runs in the 2017 final against hosts England at Lord’s.

Most matches as captain — Mithali captained India in 155 ODIs, the most by any female cricketer. Under her leadership, India won 89 and lost 63 matches. Mithali apart, only two others – Englishwoman Charlotte Edwards and Australian Belinda Clark have led their countries in over 100 matches.