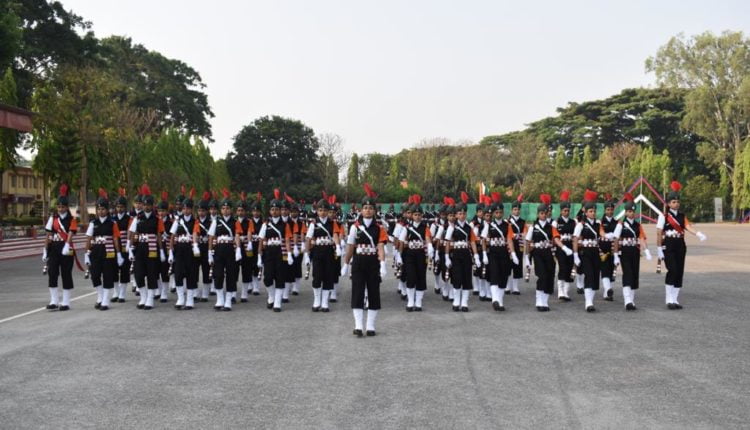 Bengaluru: The first batch of women military police was inducted into the Indian Army on Saturday.

The attestation parade of 83 female soldiers was organized by Corps of Military Police (CMP) Centre & School at Bengaluru’s Dronacharya Parade ground. The low-key event was conducted adhering to all COVID-19 protocols.

The CMP Centre & School Commandant, while reviewing the parade, complimented the female soldiers for their impeccable drill and congratulated them for successfully completing the 61-week training.

Their intense training covered basic Military training, Provost training to include all forms of policing duties and management of prisoners of war, ceremonial duties and skill development to include driving and maintenance of all vehicles and signal communications.