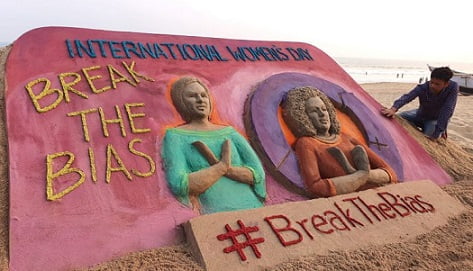 In a landmark announcement, this year, the government has decided to reserve the position of Mayor for Women in Bhubaneswar Municipal Corporation. The major parties – BJD, BjP and Congress – have also declared their candidates for the post for which direct election will be held for the first time on March 24

Women around the world have excelled in their role as mayors responding to COVID-19 and addressing other challenges. Many women leaders have demonstrated empathy and compassion and put in place innovative solutions to address the disproportionate impact of the pandemic on women and girls.

The COVID-19 pandemic has compounded all aspects of gender inequality and rolled back hard-won gains. In building back better, the world needs women’s leadership. Cities and local communities are a fundamental part of the efforts to fast-track actions towards a more inclusive, equitable and sustainable future for all.

In India, women Mayors are mostly getting elected through reservations. But globally, the number of women mayors is rising. Paris, Barcelona, Montevideo, Prague, Cologne, Warsaw, Bucharest, Rome and Baghdad are among the urban centres that have recently chosen a woman as their mayor.

Women Mayors in the world

Mexico: Let’s visit the first woman to be elected mayor of Mexico City, Claudia Sheinbaum Pardo, 58 a scientist with a Ph.D. in energy engineering. After 30 years of failed national neoliberal policies and six years of rampant corruption and increasing insecurity, citizens overwhelmingly voted for a radical transformation to rebuild the welfare state from below. As a Mayor, she has committed to ensuring environmental sustainability, helping deal with climate change and, most importantly, ending corruption.

Three years later, despite an unprecedented medical and economic crisis created by COVID-19, she made remarkable progress towards the vision of an equitable and sustainable city. She guaranteed access to universal health care. Through effective coordination of health providers, the number of designated hospital beds was increased from 2,000 to 8,246. She ensured the provision of 3.5m free covid-19 tests and delivered free oxygen to patients who did not require hospitalisation. Mexico City has one of the highest vaccination rates in the world. By the end of September 2021, 98.7% of adults had received at least one dose, and 74% were fully vaccinated.

Sweden: Meet another woman Karin Wanngård Mayor of Stockholm, who rides an electric bicycle to work each morning, at least when it is not snowing too heavily. She also wears second-hand clothing, a trendy move in Stockholm, and eats less meat than she used to. It is all part of her contribution to meeting an ambitious goal she set for her city: eliminating all use of coal, oil and other fossil fuels by 2040.

The 41-year-old, who has run Sweden’s capital city since 2014 believes, “If we do nothing, or continue as we did yesterday, it will be really tricky for our grandchildren to survive, that’s what this is all about. Therefore, make changes in everyday life. Recycle, use public transport or ride a bike. Be aware that your choices make a difference. In general, men tend to leave a larger ecological footprint than women. So, we also need to talk to our boys about changing their behaviour”.

Moldova: Elena Neaga, the Mayor of Moldova defied deeply entrenched gender stereotypes about women’s leadership and led her communities through the COVID-19 pandemic. From building public infrastructure to enabling citizen participation virtually, she made her communities safer and more resilient.

Before becoming a Mayor, Elena Neaga worked as a family physician. She has continued assisting community members with medical consults, free of cost. Being a physician played in her favour, as she mobilised the community to quickly respond to the COVID-19 pandemic. She prioritised the procurement of an ambulance so that patients could be transported to the hospital safely. The ambulance now serves seven villages and over 10,000 people.

Coming to India, it is time for political parties to offer their candidates before the voters, someone who have spent their childhood in their respective cities. Today’s girl child can be tomorrow’s Mayor. There is no shortage of such girl child turned women in cities. Only an inventory is required to bring them to the top position in cities. Their life’s journey can reflect in transforming cities when they earn the opportunity, even in a short span of time as a Mayor.

Safe Corridor For Our Students Stranded In Sumy Did Not Materialise, Says India