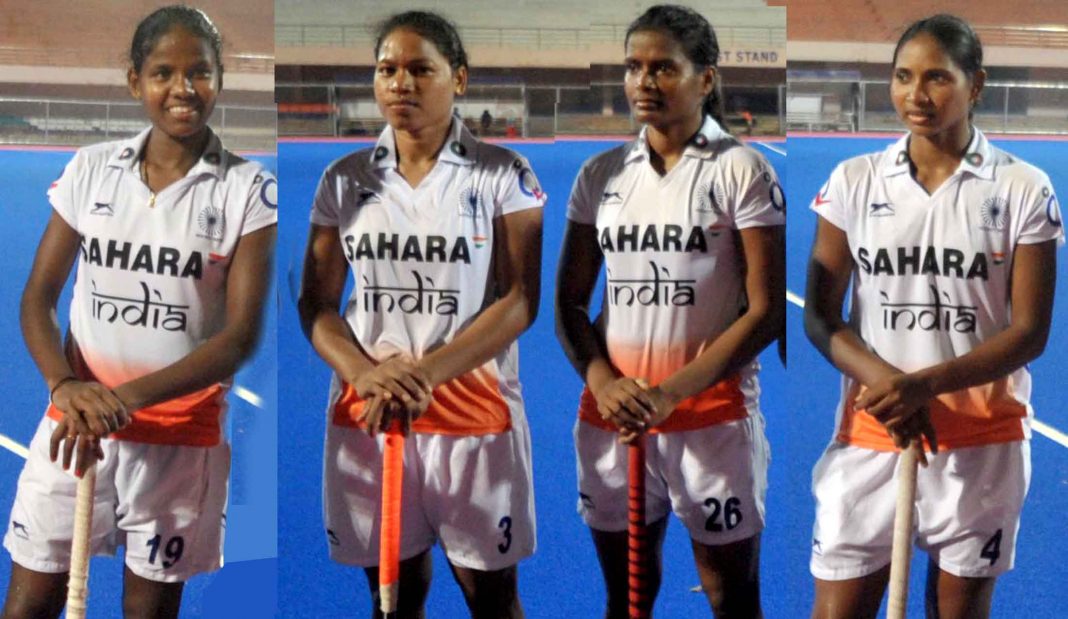 London: Odisha will have much to cheer about as quartet Deep Grace Ekka, Sunita Lakra, Namita Toppo and Lilima Minz from the state take the field with an upbeat India facing England in Group B opening encounter of Vitality Women’s Hockey World Cup here on Saturday.

The four were a part of the team, which finished runners-up in the recently-concluded Asian Champions Trophy.

On the eve of the match, Indian team skipper Rani Rampal said the pressure will be on England. “Yes they will have the home ground advantage but we are not new to playing in front of big crowds. We have done well against England before and we will carry the confidence of doing well in our recent tournaments including the CWG where we had tasted victory against England in the Group Stage at Gold Coast,” she added.

Captain of the Indian Eves, @imranirampal and her teammates are waiting to get on to the turf and get off to the best possible start at the Vitality Hockey Women’s World Cup London 2018 against hosts England today. #IndiaKaGame #HWC2018 pic.twitter.com/jlDxuCvyA8

All you #hockey fans, gear up for #India ‘s opening match at the Vitality Hockey Women’s World Cup against #England. Let the wishes pour in! #HWC2018 #Odisha2018 #OdishaForHockey pic.twitter.com/AWcADGk9El

Sunita Lakra also spoke about the game and the support from her fans.

See what Sunita Lakra has to say about the support for Hockey she received from fans . The experienced defender is excited and confident of doing well in forthcoming Vitality Women’s Hockey World Cup. #HWC2018#Odisha2018#OdishaForHockey@TheHockeyIndia@FIH_Hockeypic.twitter.com/ZF016MjYz9

Deep Grace Ekka, defender of the Indian Women’s Hockey Team, talks about the team’s reliance on their experienced players and also reveals her biggest inspiration ahead of the Vitality Hockey Women’s World Cup London 2018 which starts from 21st July 2018.#IndiaKaGame pic.twitter.com/GS2HoYdh5C

There also was a post which said majority of players in Indian Hockey Team are from Haryana and Odisha.

2 days to go for the @FIH_Hockey and do you know where the major part of the Indian #Hockey team is from?

Haryana and Odisha continue to be the Hockey hubs of the country. Kudos to the wonderful development in the two states. pic.twitter.com/OTHvIEERFI

The 12th edition of the Women’s Hockey World Cup was held from 29 August to 11 September 2010 in Rosario, Argentina. Argentina had won the tournament for the second time, defeating defending champions the Netherlands 3–1 in the final. Though India was place ninth, Rani then was the cynosure of India’s performance having scored seven goals for the team during the course of the tournament.