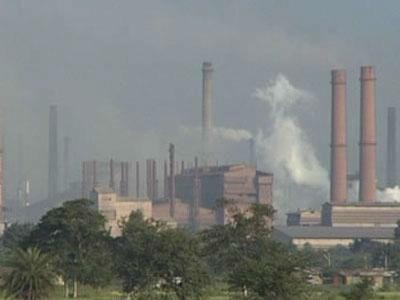 Jajpur: Thousands of workers and employees of Visa Steel Plant at Kalinga Nagar staged a dharna on Biju Patnaik Marg on Monday opposing temporary shut down of the unit.
The agitators later blocked the Jashipur-Danagadi road disrupting vehicular movement.
On Sunday, the authorities had issued cease-work notices regarding closure of the plant citing shortage of raw materials.
Some workers claimed that raw material transportation from Kaliapani and Daitari was halted following a directive from the local legislator, thereby affecting the plant’s steel production.
“The steel units were closed down in a phased manner in the past few days after transportation of raw materials was allegedly stopped by members of the ruling BJD. Most of the units were shut by Sunday night after cease-work notices were served to 29 contractors. More than 3,200 employees working under these contractors will lose their
jobs following the closure,” an employee said.
The steel melt shop, blast furnace, rolling mill, DRI and ferro chrome plant have been closed owing to shortage of iron ore and chromites. Even though it is permissible to have 5,500 MT iron ore and 3,700 MT chromites, the same could not be transported to the plant due to the interference of some ruling party leaders, he added.

Balangir Hostage Drama: I Am Not Ashamed Of The Incident, Says Lovelorn Accused…