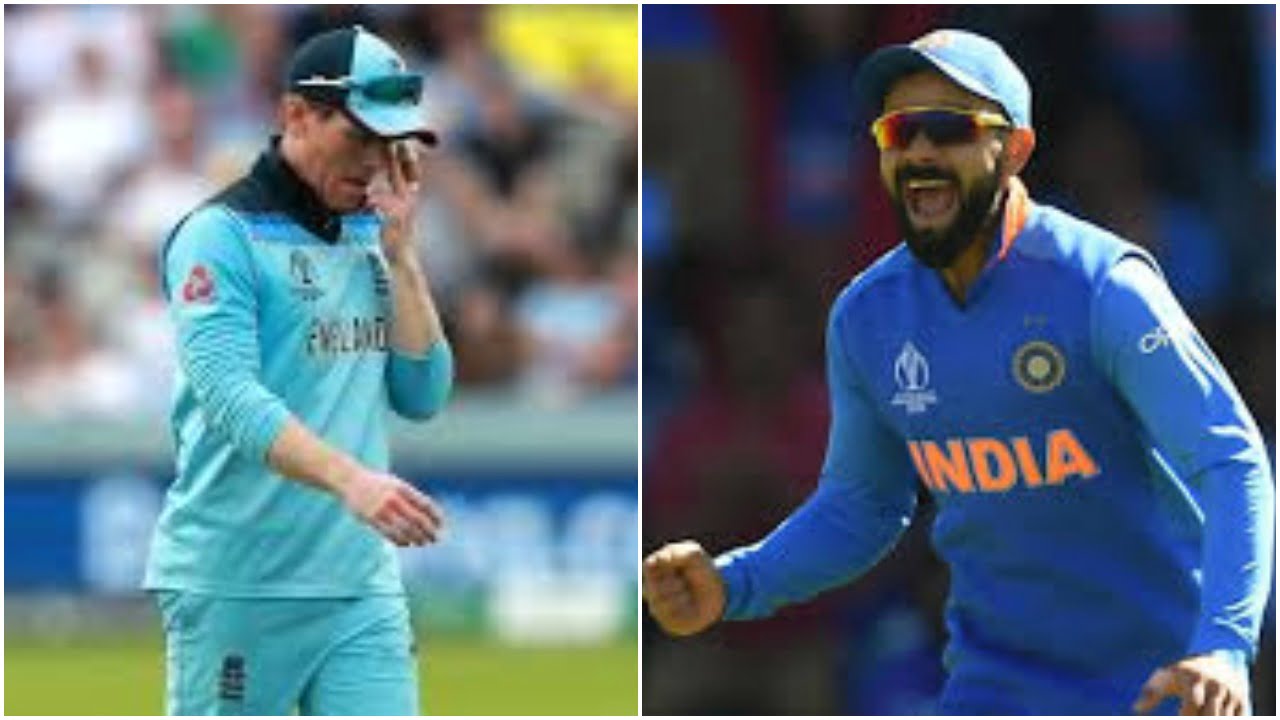 Unbeaten India will look to book their semi-final berth and further derail England’s chances, when the two sides face-off at the World Cup league match at the Edgbaston in Birmingham on Sunday, NDTV Sports reported.

The pre-tournament favourites, India and England, started their respective campaigns on contrasting notes. While India are a win away from making it to the top four, a loss for England will put them on the brink of World Cup exit. Interestingly, the hosts have already lost their top ODI spot to India, owing to their poor performances in the last two matches.

England, despite coming into the tournament as the top-ranked ODI team, have lost three pool matches, including their last two, against Sri Lanka and reigning champions Australia.

The Eoin Morgan-led side have been unable to adjust their game on the more bowler-friendly surfaces at this World Cup. Now they are set to face India’s spinners on an Edgbaston pitch that generally provides more turn than any other World Cup venue.

On the other hand for India, Sunday’s match may well feel like an away game given that Indian fans could constitute the majority of the Edgbaston crowd.

Virat Kohli’s men have done most things right to remain the World Cup’s only unbeaten team till date, but their middle order frailties will remain a worry for them heading into the blockbuster match against England, Reuters reported.

Shikhar Dhawan’s thumb injury after just two matches in the tournament forced India into a rejig which upset their batting hierarchy in the top half.

KL Rahul had looked the part at number four but had to be elevated to the opener’s role along with Rohit Sharma after Dhawan was ruled out of the competition.

All-rounder Vijay Shankar, who was originally picked in the Indian squad as the main contender for the position, has done little in the last two matches to nail down the slot.

Kedar Jadhav has done comparatively better, hitting his first 50 of the tournament in the narrow escape against Afghanistan. but the middle order does look like India’s soft underbelly.

“In the middle order Vijay Shankar and Kedar Jadhav have yet to really convince,” former India captain Krish Srikkanth wrote in a column for the International Cricket Council. “I think it’s fair to say that their approach needs some fine-tuning. Of course the batting concerns have been papered over in the last couple of games by the bowlers so it hasn’t mattered quite as much as it could have.”

The former opener felt time was ripe to blood Rishabh Pant, who came in as Dhawan’s replacement, in Sunday’s match against hosts England.

“If I was involved with the team management, I think I would consider putting a guy like Rishabh Pant in at No. 4,” he said Srikkanth.

Chargesheet Against Pehlu Khan, Lynched In Rajasthan In 2017