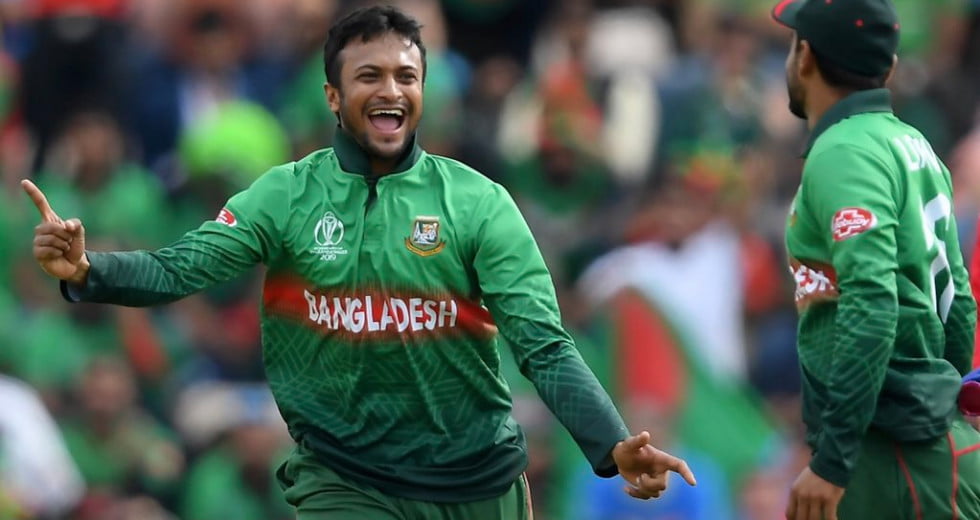 After their World Cup win against Afghanistan, Bangladeshi all-rounder Shakib Al Hasan has set his sights on upsetting India, similar to what Bangladesh famously did at the 2007 World Cup.

Shakib knows that the Virat Kohli-led Indian team will be a tough side to beat, but thinks his team has got the fire-power to do so.

“They (India) are the top side. They are someone who is looking at the title. So it’s not going to be easy, but having said that, we’ll give our best shot,” he told reporters in Southampton.

“Experience will help, but experience is not the end of the world. We have to play our best cricket in order to be able to beat India. They got world-class players who can take the matters on their own hand. As I said, we have to be at our best, and I believe that we are a capable enough team,” he added.

Shakib’s 51 laid the foundation for Bangladesh to score 262/7 and made him the leading scorer in this year’s World Cup till now with 476 runs.

The 32-year-old then ripped through the Afghan batting line-up with his career-best ODI figures of 5/29 from 10 overs – the best spell in this World Cup.

Shakib is only the second player in World Cup history to take five wickets and hit a 50 in the same match after India’s Yuvraj Singh against Ireland in 2011.