Xiaomi Adds ‘Made In India’ Logo On Retail Branding 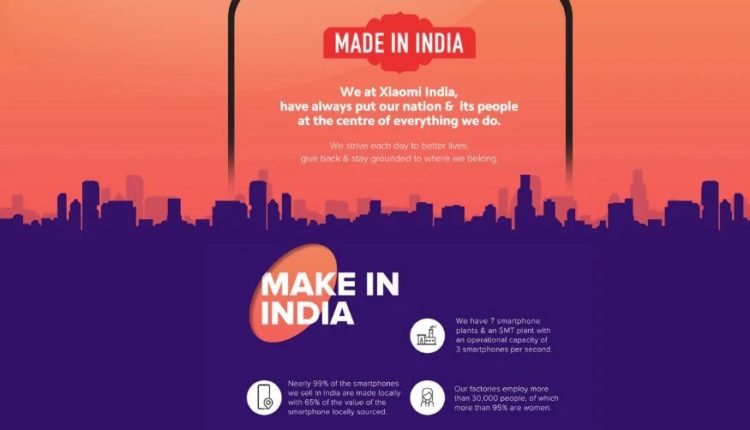 The new move is aimed at avoiding vandalism at outlets, according to All India Mobile Retailers Association (AIMRA).

The association had asked Chinese mobile companies to act so against the threat of vandalism.

“In our letter, we had requested the brands to allow retailers to cover these signages with cloth/flex or to remove the boards from the storefront for a few months given the situation… Xiaomi has started putting ‘Made in India’ banners in white colour on its boards,” AIMRA National President Arvinder Khurana told Financial Times.

There have been reports of anti-social elements visiting retail stores and asking them to remove Chinese branding.

Talking about its effect on sales, Khurrana said that Samsung (South Korean) being the only major non-Chinese brand in India is likely to benefit. “Customers are saying they don’t want to be shown Chinese products,” he said.

“I think the focus should be on promoting Indian players, maybe provide extra support like the Chinese government gives to its companies,” he added.

However, Xiaomi’s India Head Manu Jain has said the anti-China sentiment is largely limited to social media and has not affected sales. The company’s earbuds hit a record 1 lakh sales in a week.

The top five smartphone brands in order of sales are:

Only Samsung is a South-Korean brand, rest all are Chinese brands and they account for 76 per cent share of the 32.5 million smartphones shipped in India during the March 2020 quarter according to International Data Corporation data.

Rural People Of Ganjam Requested Not To Visit Urban Areas

Chinese COVID Vaccine On Hold, Sri Lanka To Use India’s…