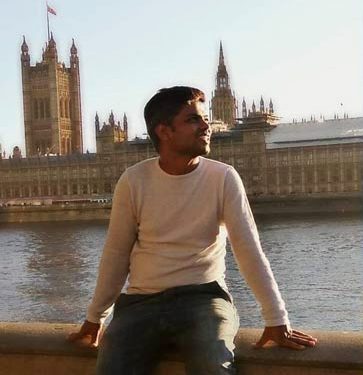 Balangir: The western Odisha town of Balangir is rejoicing at the performance of its local boy Debtosh Darjee in a Bollywood psychological thriller ‘Judgemental Hai Kya’ that released on Friday.

In the second movie of his career, the Odia actor has performed two characters, one of Hanuman and the other of a ward boy in a hospital.

The movie, starring Kangana Ranaut, Rajkummar Rao, Jimmy Sheirgill, Amyra Dastur and Satish Kaushik among others has been directed by Prakash Kovelamudi.

Debtosh, who has been working as a stage artist at Prithvi Theatre in Mumbai for the last 11 years hails from a middle class business family of Radharanipada of Balangir town. He is the son of Nandkishore and his mother is Padmalaya,.

He made his debut with a small role in the Bollywood movie ‘Sooper se Ooper’ (directed by Shekhar Ghosh) in 2013.

His sterling performance in a short film ‘Circus’ in which he had the lead role, was awarded at the Moscow International Film Festival in 2016.

Girls Close In On Boys In Taking Up Studies Outside Odisha

Apple Admits Some Siri Recordings Are Heard By Humans