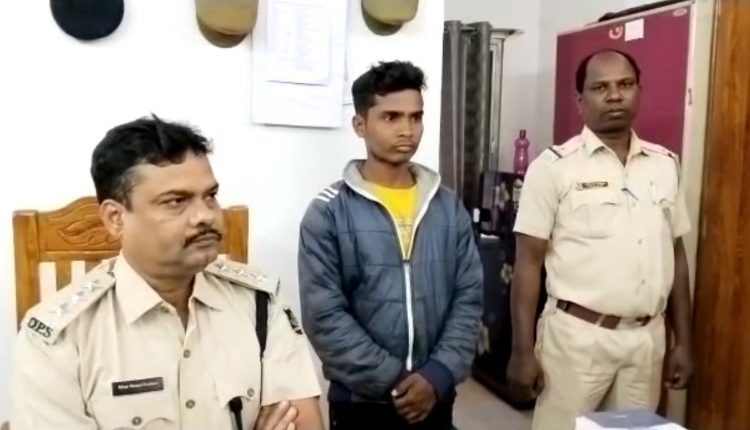 Nabarangpur: A youth was arrested for filing a false case with police stating that Rs 27,000 was looted from him in Odisha’s Nabarangpur district.

Speaking to media persons on Saturday, Nabarangpur SDPO Nihar Ranjan Pradhan said Rupant Hiyal had filed a complaint at Nabarangpur Sadar police station stating that while he was going on his motorcycle on Friday with Rs 27,000 to release gold jewellery kept as mortgage with a person in the town, three miscreants intercepted him at Dasaharapada.

The miscreants threatened Rupant and took away his motorcycle, mobile phone and Rs 27,000 in cash. His family had kept the gold jewellery as mortgage against a loan from the person. Before leaving the house with the money given by his father Sushant Hiyal, he had talked to the person concerned, Rupant said.

The SDPO said acting on the complaint, the police contacted the person and came to know that Rupant was lying about the loot. “During further questioning, Rupant admitted to have filed the false complaint. He said he had taken the money from his father to clear his own loan from another person,” the SDPO said.

The police have recovered the money from the person whom Rupant had given and the motorcycle from a forest near the town. His mobile phone is yet to be traced. Police have arrested Rupant and would forward him to court, said the SDPO.