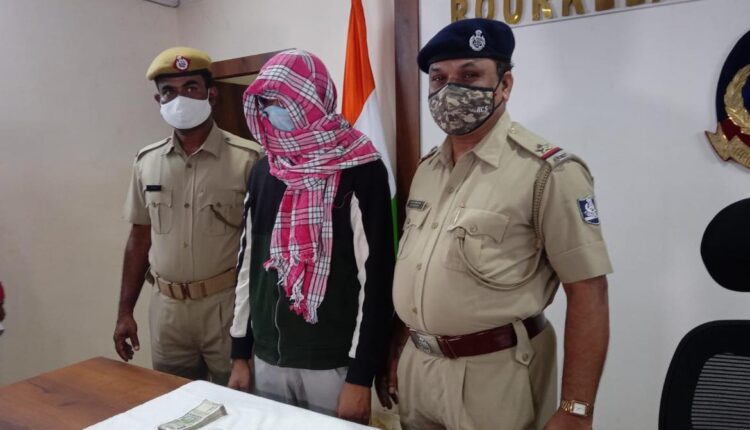 Bhubaneswar: Rourkela cyber police have arrested 20-year-old Raval Bhavik from Gujarat for allegedly duping an unsuspecting man of Steel City of over Rs 15 lakh by impersonating a share market broker.

According to the complainant, Shahbaaz Shakeel of Nala Road under Plant site police station in Rourkela, he received a call from a woman, who introduced herself as Suhani and offered to share tips on investment in share market with 30 per cent commission on the profit, on January 29, 2020.

Later, she gave him the phone number of a broker named Hari and suggested that he should contact him for easy trading.

The broker asked Shahbaaz, a medical representative, to deposit Rs 60,000 in his bank account. The lure of good returns made him invest more, and he deposited a sum of Rs 15.81 lakh in the fraudster’s account at different intervals. Following this, the broker did a vanishing act.

Shahbaaz lodged a complaint with Cyber Police Station in Rourkela and a case was registered at Rourkela cyber police station under Sections 419, 420 and 34 of IPC r.w Section 66-C and 66-D of IT Act on March 23, 2020.

“The accused would repay the investors initially and tempt them to invest larger amounts after gaining their trust. Once the money is deposited in his account, he would sever all contacts,” Rourkela SP, Mukesh Kumar Bhamoo said while describing his Modus Operandi.

The accused would transfer the money to different beneficiary accounts to confuse investigating officer and later revert it to his account, he added.