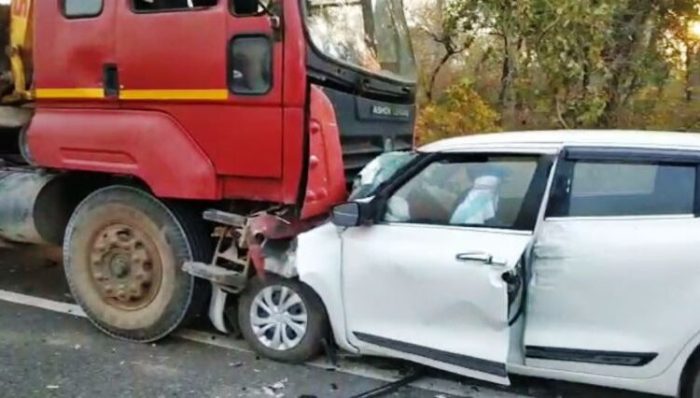 Boudh: Tragedy struck an Odisha family twice when a youth was killed in a road accident right after the funeral of his father on Saturday.

Four relatives of the deceased youth were critically injured after their car rammed into a trawler on NH-57 in Boudh district in the morning.

Police identified the deceased as Arun Meher of Tarava area in Sonepur district. Arun and his relatives were returning home after his father’s last rites in Puri.

Police said Arun was driving the ill-fated Swift car. He lost control and crashed into the trawler that was parked on the highway near Karadakotha under Purunakatak police limits.

The injured were initially taken to the Old-Cuttack community health centre and later shifted to the District Headquarters Hospital in Boudh.