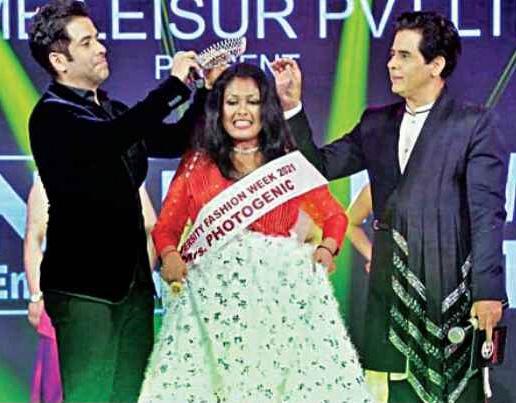 Bhubaneswar: Odisha is on a high these days. Odia girls have been scorching the ramp at national-level beauty pageants and emerging winners.

In the latest instance, Bhubaneswar-resident Devshree Rajguru has bagged the Mrs Photogenic title in the Diversity Fashion Week beauty contest this year.

Notably, hundreds of participants had taken part in the contest, which was organised by the Persona Media Entertainment in Kolkata from February 25 to 28. Tusshar Kapoor was a judge at the fashion show.

“I was able to make myself fit after having a child. For my hard work, I could get the success,” said Devshree.

Devshree is a native of Jajpur Road and currently staying in Bhubaneswar with her family.

She had been passionate about dancing, and singing since her childhood. She has also participated in many fashion shows after her marriage.

In 2019, she was the first runner up in the Mrs India contest.