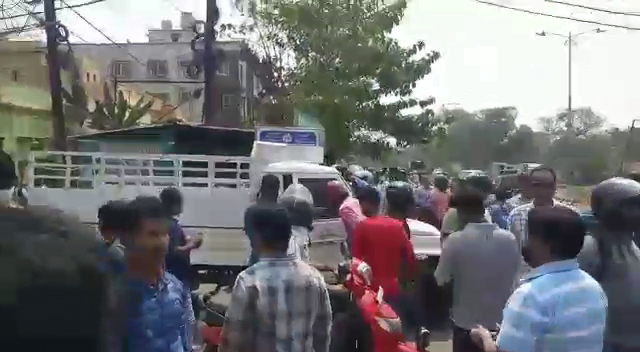 Bhubaneswar: Panic gripped CRP Square in Odisha capital after two persons allegedly hacked a youth to death in the broad daylight on Saturday.

According to sources, the incident took place around 11.30 am when Sagar Prusty, his brother Sudhir Prusty and Tukuna Das alias Jatia of Salia Sahi were travelling in a pick-up van. The two brothers had a heated argument with Tukuna near Indradhanu Market.

In a fit of rage, the duo then attacked Tukuna with sharp weapons inside the vehicle and killed him on the spot.

While attempting to flee, locals intercepted the vehicle and severely thrashed them.

On being informed, Nayapalli Police rushed to the spot and admitted the two seriously injured brothers to the Capital Hospital.

Preliminary investigation has revealed that the incident was the fallout of previous enmity.