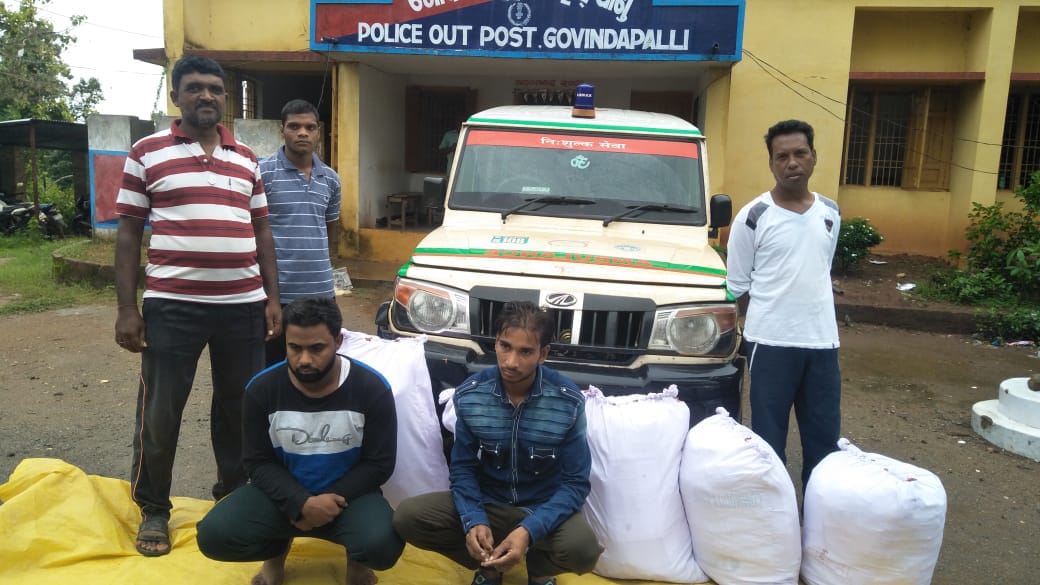 Malkangiri: Police on Thursday seized ganja weighing 1.23 quintal from a fake ambulance in Malkangiri district and arrested two persons in this connection.

According to information, police intercepted the vehicle during checking of vehicles at Govindapalli Chhack after noticing suspicious activities of the driver. Upon searching the vehicle, the cops found the banned substance packed in packets that were wrapped with a white cloth to fool police of carrying a dead body.

In a similar seizure in Cuttack city on Wednesday, the central excise intelligence officials seized more than 1 quintal of ganja at OMP Square here and arrested four persons, including a woman.

Following a tip-off, the official intercepted an auto-rickshaw in which the accused were transporting the contraband. The ganja worth around Rs 6 lakh was being smuggled to West Bengal from Phulbani.

The market value of the seized contraband has been estimated to be around Rs 6 lakh, the sources added.

On June 24, ganja weighing 6, 545 kg was recovered from a truck carrying coconuts by a team of central excise department. The contraband was being smuggled to Punjab via Raipur.

Uber Driver Robbed Of His Vehicle In Bhubaneswar